This Is America | Art USA Today 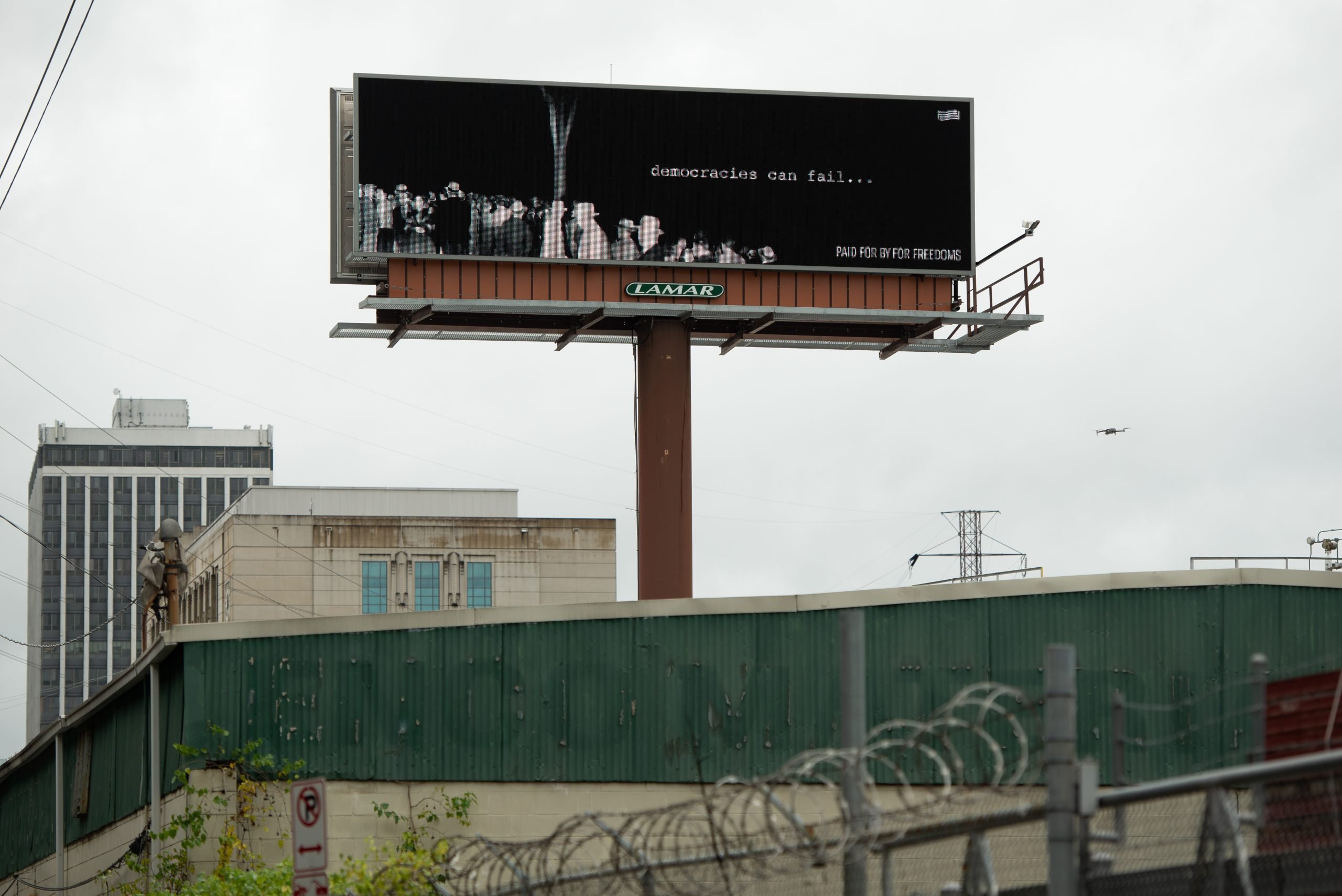 The Americans will go to the polls on November 3 to elect a new president. It’s going to be Donald Trump or Joe Biden. An important moment in a politically and socially polarized country. In the run-up to the elections, Kunsthal KAdE went in search of the way in which artists position themselves. In the exhibition This Is America | Art USA Today bring almost 40 American artists to the Netherlands through paintings, photographs, murals, documentation and installations. In their work they deal with current themes such as identity, urban living culture, climate issues and ‘Trump’.

A special part of the exhibition is about the For Freedoms project that was started in 2016 by artists Hank Willis Thomas and Eric Gottesman. For Freedoms organizes gatherings and collaborations to promote freedom of expression, beliefs, fear and poverty and to promote civic engagement. For the 2018 midterm elections, the platform launched the  50 state initiative . Artists designed some 200 billboards, which were placed across the 50 states in the US. In addition to a number of 1: 1 billboards, a large selection in a smaller format is displayed on the wall of the main hall.

Billboards For Freedoms from:

This project has been made possible with financial support from Fonds 21.