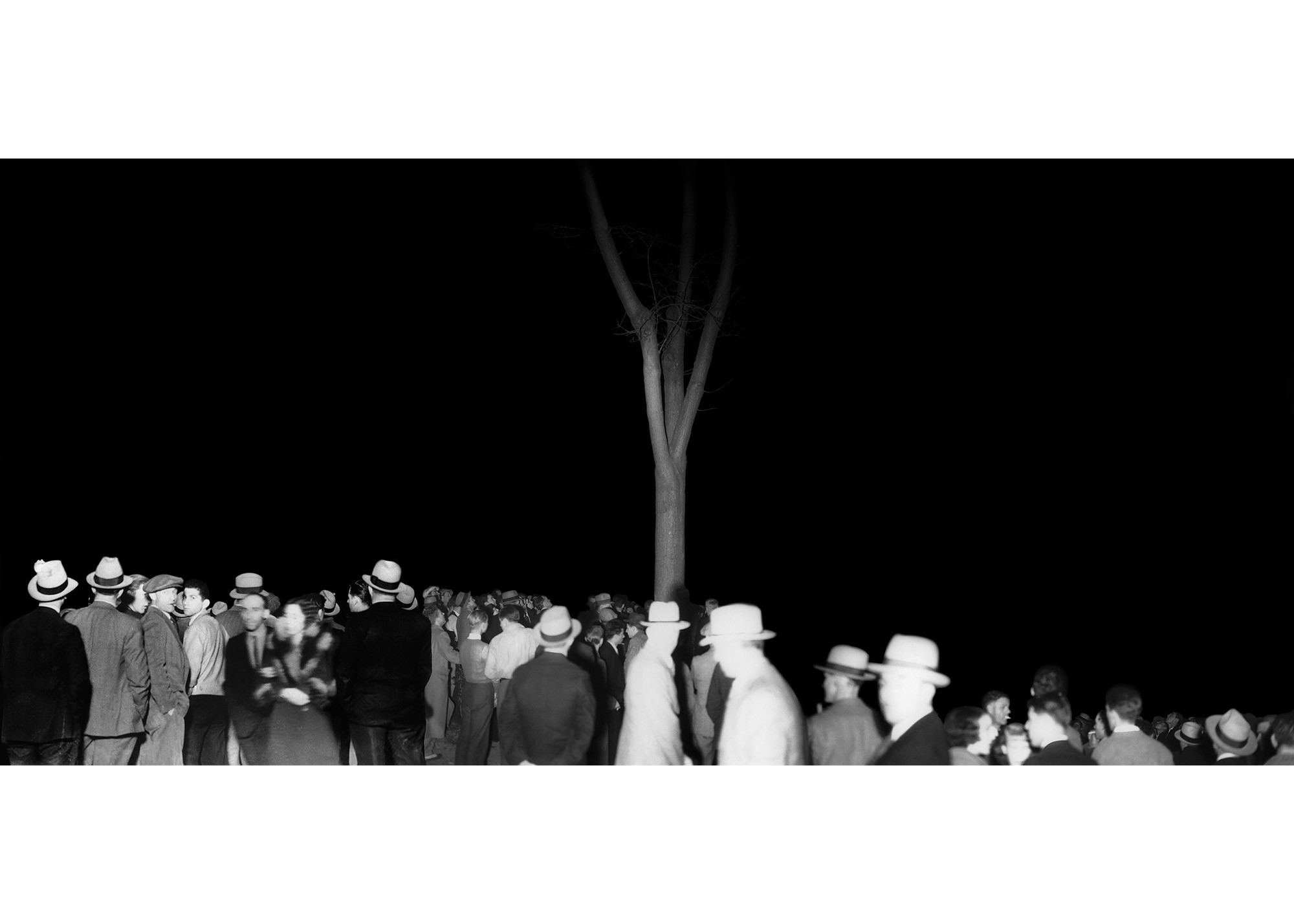 Excerpt:
In a black and white photo, a crowd of white people stand near a tree. A man escorts a woman from the scene, his left arm through the crook of her right. Meanwhile, dozens of people look in every direction.

The reason for their bustle has been edited out.

This is “The Wonder Gaze,” an image by Ken Gonzales-Day from a series entitled Erased Lynchings. It’s a historic photo from 1930s California, minus the victim.

This is the featured image on the MacKenzie Art Gallery’s website for an in-the-works exhibition, Conceptions of White.

“The people in this particular image are not all actively tying a noose, but their mere presence and inaction creates an atmosphere within which such violence is normalized and perpetuated,” the MAG website states.

This is the kind of piece gallery-goers may find at the MAG in two years, when Conceptions of White is installed.

Gonzales-Day is “an artist that we’ve definitely been having conversations with,” said Lillian O’Brien Davis, a curatorial assistant at the MAG who is involved with this project.

The MAG is seeking a mix of contemporary and historical pieces for the exhibition, which — per its website — will examine whiteness “as a concept invented to classify degrees of humanity and justify inhumane actions and social structures.”

O’Brien Davis and MAG programming director/interim CEO John Hampton have been working on this for a while, in partnership with the University of Toronto Art Museum.

While the planning is in its early stages — the exhibition is slated for August 2022 in Regina, and will debut in Toronto earlier that year — the ideas aren’t new.

Hampton mentioned it to the hiring committee when he joined the MAG two years ago.

“The idea came from John trying to understand the meaning and origin of whiteness as an identity and how it’s shaped society across history, and how it impacts individuals,” O’Brien Davis explained, “and then also as someone who works in a cultural institution observing how whiteness manifests in larger institutions and systems.”

Lately that has been prevalent — amid protests around racial profiling and Black Lives Matter, and conversations among local theatre companies, for example.

“John’s research came out of his experience as a Chickasaw citizen and an Indigenous person,” O’Brien Davis said. Her own master’s thesis research provided a complement, “coming from a biracial Black experience.”

She started her job at the MAG last August.

In working with Barbara Fischer at the U of T, “We were paying attention to the cultural political upheaval that’s been going on for the last couple of months, with the catalyst being the murder of George Floyd, and then the uprising against systemic violence perpetrated against Black, Indigenous and racialized communities,” said O’Brien Davis.

“We were trying to reflect on what we could do as an institution, as the MacKenzie, to address those things from our position, and so we thought that sharing where we’re at right now — and showing that we’re reflecting on these subjects in a longterm, in-depth way — is something that we thought we could do to join the conversation in an effective way.”

Long before Conceptions of White is installed, that contribution is already happening. The MAG website is sharing artworks, books, podcasts, videos and articles on the subject of whiteness and racism.