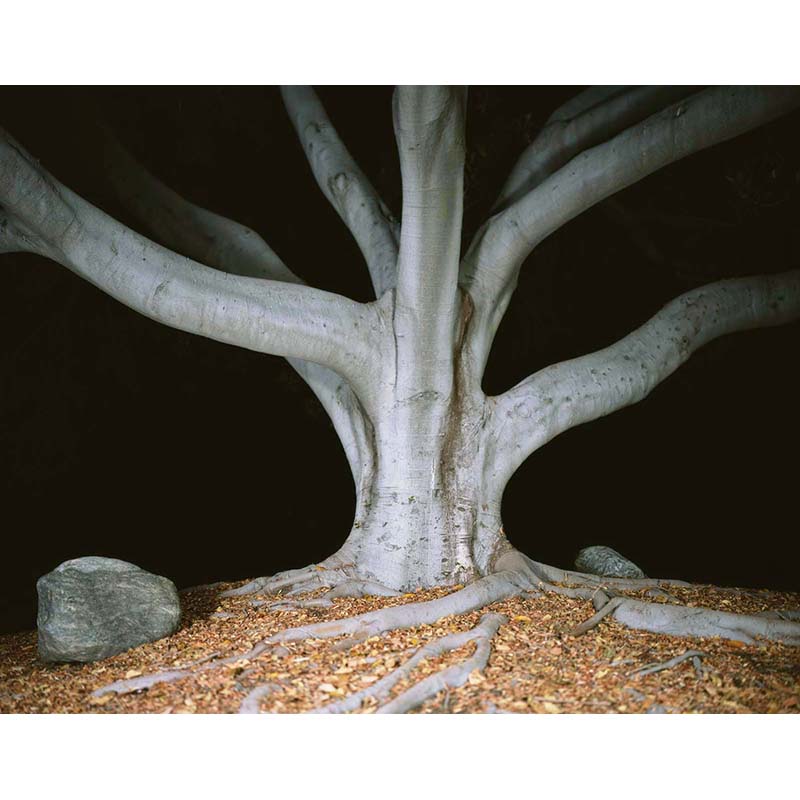 Examples from both series are included here. Also included among the works that fill the entirety of the museum’s single gallery are photographs from his 2005 “Memento Mori” series, featuring original portraits of young men the same age and race as those of specific historical victims of racially motivated violence, as well as more recent works in which photographed re-creations of historical killings are composited with photos of protests against latter-day slayings of people of color.

The works here serve as powerful documentation of Gonzales-Day’s ongoing efforts to call attention both to the complex history of institutional racism and its extrajudicial expressions and to his own vantage point as an observer. By extension, viewers question their own relationships to this history.