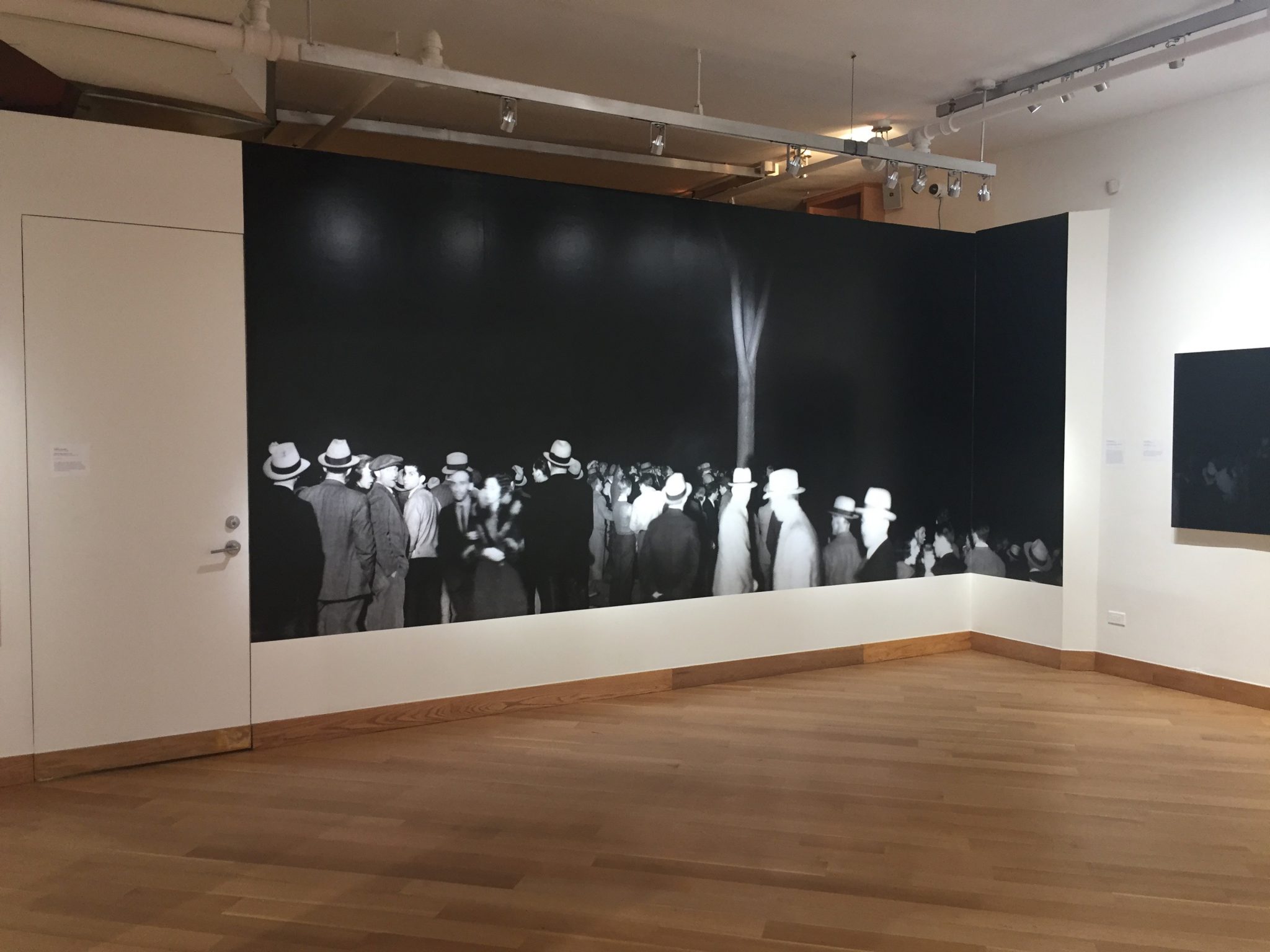 And in a photomural by the Los Angeles artist Ken Gonzalez-Day, the body is conspicuous through its absence. The mural is based on one of many photographs the artist has tracked down of lynchings of Latinos, Native Americans and Chinese immigrant men in California in the early 20th century. In the nocturnal picture used here, men milling around a tree look upward, but the object of their attention is missing. The artist has erased the form of the hanged victim, leaving dark, empty space.”

To read full article at The New York Times