What Is Latin American Art? Finding Answers at PST: LA/LA 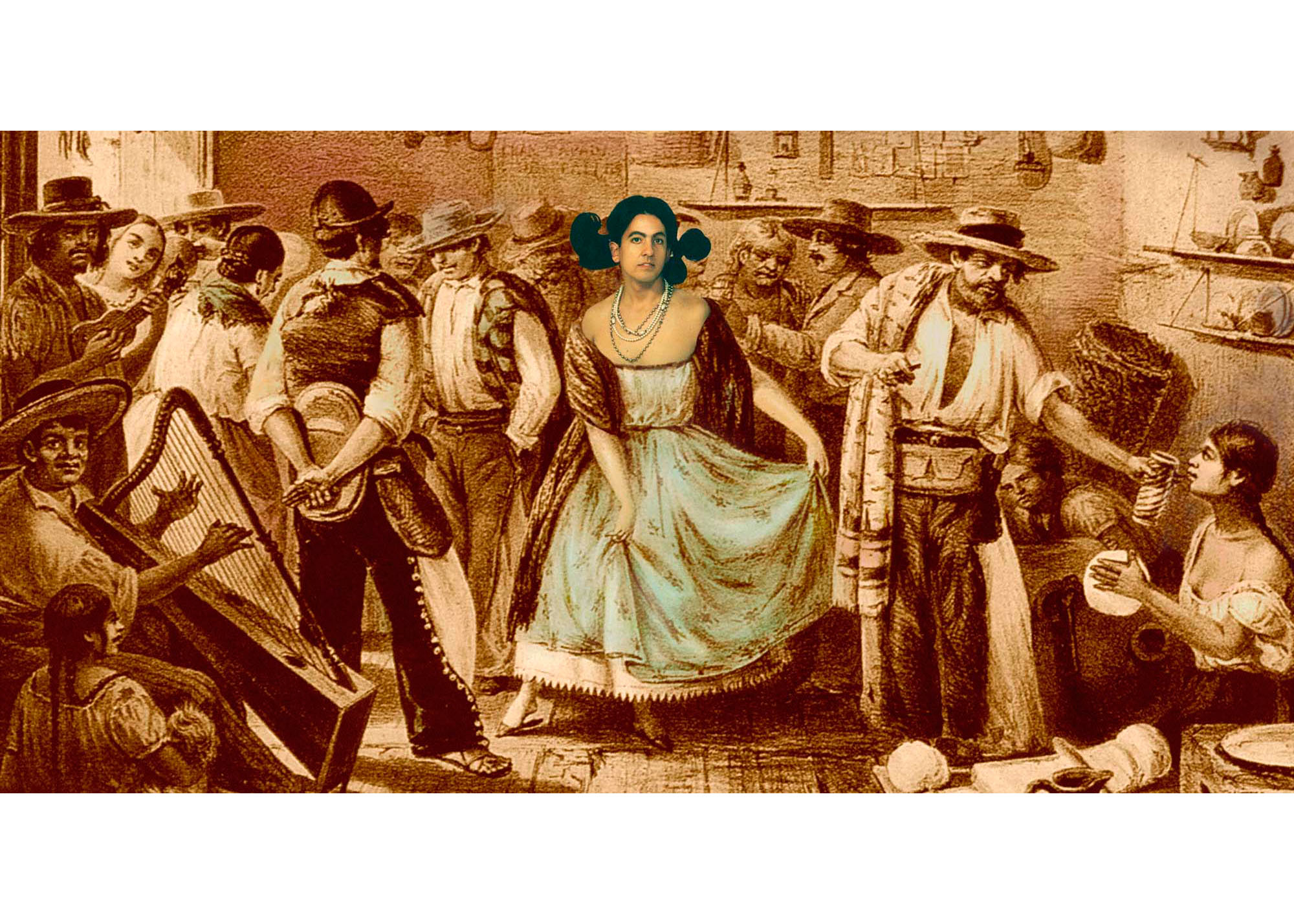 “Ken Gonzales-Day’s exhibit “Bone-Grass Boy: The Secret Banks of the Conejos River” at Luis de Jesus Gallery in Mid-City (through Oct. 28) is the product of such excavations. Tracing his family back to 16th-century New Mexico, the Los Angeles artist learns about his complicated genealogy and writes his family history as if it were a novel in which his ancestors are the characters. The exhibit, which runs as a complementary show to PST, features photographs of the artist posing as each character, both male and female. Most prominently, he performs the role of Ramoncita, a “two-spirited” Zuni woman of New Mexico wearing Spanish colonial garb.

Gonzales-Day notes that while this project was important to his developing interest in racial violence, it was not well received by Latino artists or queer artists when it debuted more than 20 years ago. Though it was an attempt to bridge all parts of his identity, conversations about queerness and Latino identity rarely intersected. White gay rights activists and artists struggled to talk about race while Latinos and Chicanos often remained entrenched in homophobia and machismo. “I did this in the early ’90s when people were still dying of AIDS,” Gonzales-Day says. “There was nowhere to find myself. It was an act of resistance, an attempt to create a space for myself.” In the realm of PST, the show has found its place.”