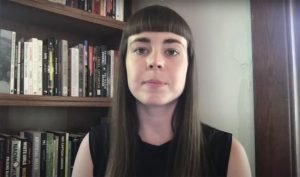 Georgia Erger: The Subject of Spectatorship

In “Erased Lynchings,” Gonzales-Day gathers nineteenth- and twentieth-century postcards depicting lynchings of Latin Americans, African Americans, Native Americans, Asian Americans and others, scans them, and then digitally removes the victim and the rope from each image. In doing this, Erger argues the artist is directing our attention to the spectators, who are often pointing or jeering at the (now absented) victim or staring resolutely at the camera. Erger suggests the erasure of the lynched victim paradoxically makes more visible these violent, racist acts, as well as the dynamics of whiteness that systematically erase such historical narratives and questions the role of spectators in perpetuating racist violence.

Citizenship is generally understood as a political status: a set of rights possessed by privileged individuals and administered by a government. But the creation and consumption of visual images has been crucial in expanding this rather narrow, legal reading of citizenship into a more inclusive cultural category of belonging. The ease with which technologically (re)produced images—prints and photographs—can be disseminated enables remote spectators to form communities outside of political definitions. Visual Citizenship takes its title from scholar Ariella Azoulay, who defines the term as a practice in which reading images is an active civic skill rather than a passive aesthetic experience. When we, as spectators, engage with images, we can recognize the subjects of those images as fellow citizens. And in doing so, we move closer to realizing a collective humanity that defies nationalistic modes of citizenship.

The exhibition gathers prints and photographs from the MSU Broad collection that depict political events and social movements in which human rights are variously enacted and violated. The works prompt us to reconsider citizenship within and beyond our relationship to state power: Who defines what it means to be a citizen, and who is absented from that discussion? What role does the circulation of images play in the creation of community? Visual Citizenship challenges visitors to engage with images as tools of civic participation and political action. 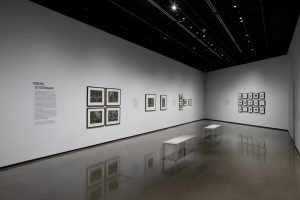 To read about the exhibition in the New York Times