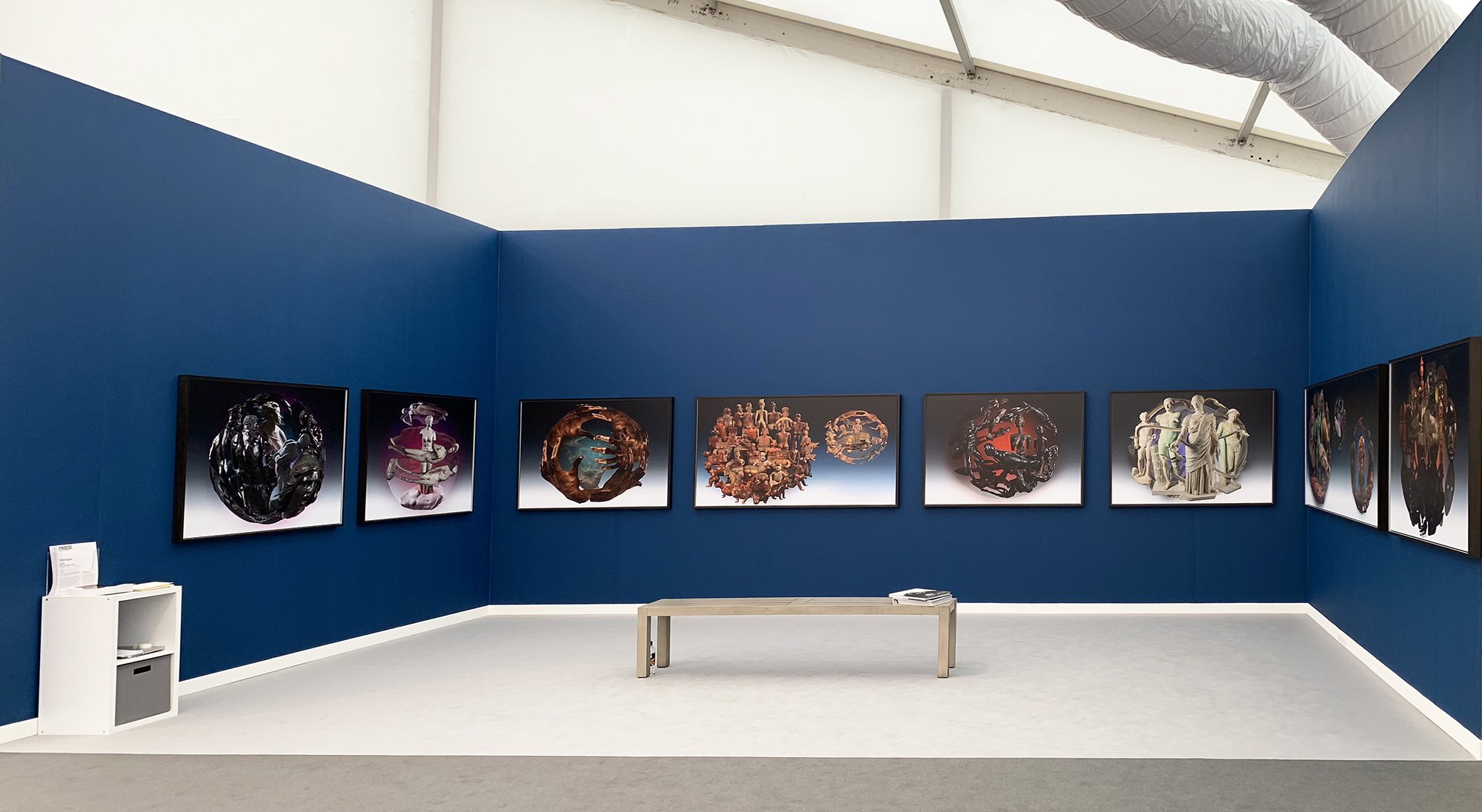 As the eighth iteration of Frieze Art Fair in New York kicks off under some scrutiny, we look at what’s new this year.

Frieze Art Fair once again descends on New York City in the first days of May this year, bringing its signature clamour of collectors, critics, celebrities and artists to Randall’s Island Park for one of the biggest events in the art market calendar.

Coming swiftly off the back of the inaugural Frieze Los Angeles– and in light of difficulties with flooding in 2017 and ventilation during a heatwave last year (mishaps which, the Art Newspaper reports, have led to some galleries reconsidering their participation)– scrutiny around New York’s eighth Frieze Fair is perhaps a little keener than usual.

The fair spills out into the public eye in form of the first ever Frieze Sculpture at the Rockefeller Center. Taking its cue from the successful Regent’s Park sculpture exhibition at last year’s London fair, this collection of bold public art represents the most accessible and visible branch of the event. Curated by the Director of the Isamhu Noguchi Foundation on Long Island, Brett Littman, a collection of challenging and politicized sculptures in various media populate the famous plaza….

Another themed section of the fair turns a spotlight on contemporary and modern Latin artists. Taking cue from the legendary performance artist Ana Mendieta, Diálagos presents works from artists whose practice includes a bold sense of color, pageantry and performance, alongside a highly politicized examination of identity. Ken Gonzales-Day explores, through various media, the material legacies of identity-based oppressions, casting an unflinching eye over histories of slavery, colonialism, gender-normativity and other systemic evils. Marta Chilindron’s work by contrast seems bright, but also raises uncanny questions about human manipulation of form and space.

To read on Mutual Art.com