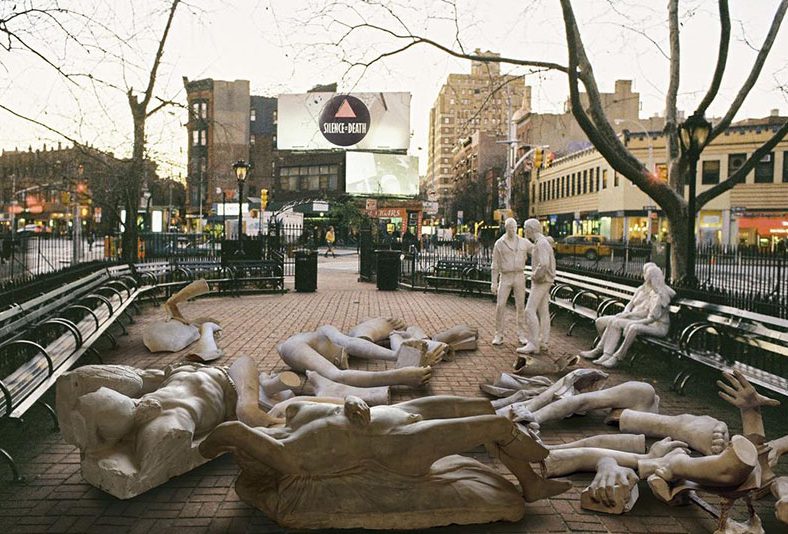 Groundbreaking queer artists step up to reinvigorate an ode to LGBTQ history.

Ken Gonzales-Day’s interdisciplinary and conceptually-grounded projects consider the history of photography, the construction of race, and the limits of representational systems ranging from the lynching photograph to museum display. Gonzales-Day’s photographs have been exhibited at the Generali Foundation, The Getty, LACMA, LAXART, New Museum, Palais de Tokyo, and Smithsonian Institution, among others. His books include Lynching in the West: 1850-1935 (Duke) and Profiled (LACMA). Gonzales-Day is a professor at Scripps College and is represented by Luis De Jesus Los Angeles.

“I wanted to imagine a monument that sought to acknowledge the difficulties and often limited life chances experienced by many in the LGBT community. The piece sought to formally recognize the site’s relationship to the ‘Stonewall Riot’ of 1969, but also to speak to the larger issues facing the LGBT community globally. The billboard component of the installation was included to address the specific role of ACT UP and the Silence = Death campaign, which was so formative to my own experience of coming out in New York City in the late 1980s.”