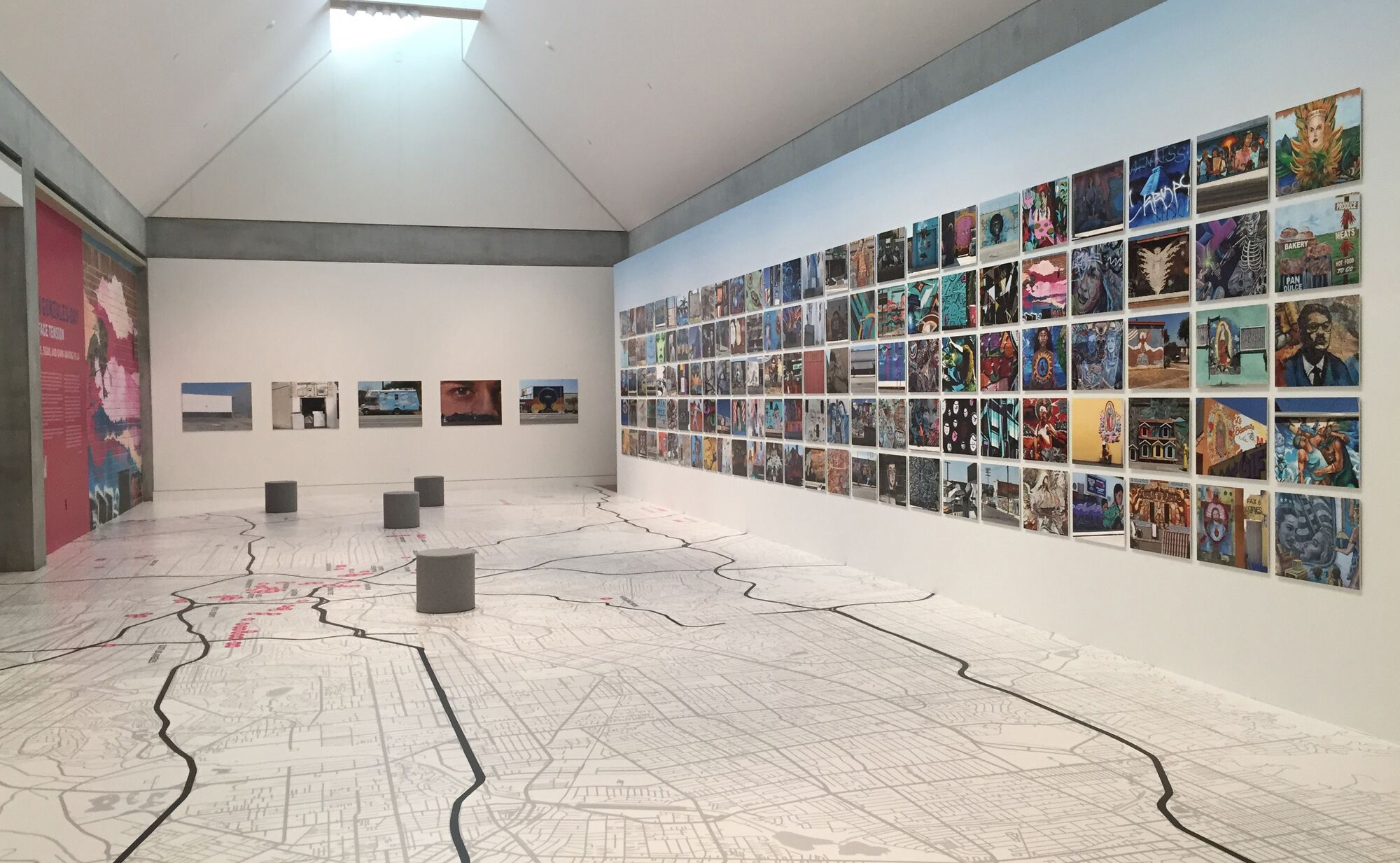 Last year, I was commissioned by the Skirball Cultural Center to make an exhibition considering the relationship between the Mexican Muralists and Los Angeles. This was to be part of the Getty Foundation’s Pacific Standard Time: LA/LA, as was a second exhibit the Skirball was planning: an examination of the work of writer Anita Brenner, whose 1929 volume, Idols behind Altars: Modern Mexican Art and Its Cultural Roots, helped promote Mexican art and muralism to American audiences.1 Thinking of Brenner’s work alongside the six months David Alfaro Siqueiros spent in Los Angeles in 1932, teaching at the Chouinard Art Institute and creating murals there and on Olvera Street, framed my thinking about the exhibition. The result was Surface Tension: Murals, Signs, and Mark-Making in Los Angeles, a photographic journey to map out the city through its murals, signs, and mark-making, in the hopes of making visible the larger cultural, socio-economic, and political forces that have shaped the place we have come to call Los Angeles.

Culled from thousands of images, the final exhibition included a selection of just over 140 photographs selected by theme, artist, and location. The floor in front of the images was covered with a scale map of the city showing where each mural was located, allowing viewers to imagine the city at both a micro and macro level. By doing this, I hoped viewers might see links between social movements, celebrity culture, economic forces, and the built environment. I wondered how murals and other graphic images contributed to gentrification and why some neighborhoods had many of these images while others had none. I also wanted viewers to consider vernacular hand-painted signs, graffiti, and graffiti writing as a part of muralism. And within this larger definition, I came to see murals as sites of public discourse, celebration, and mourning….