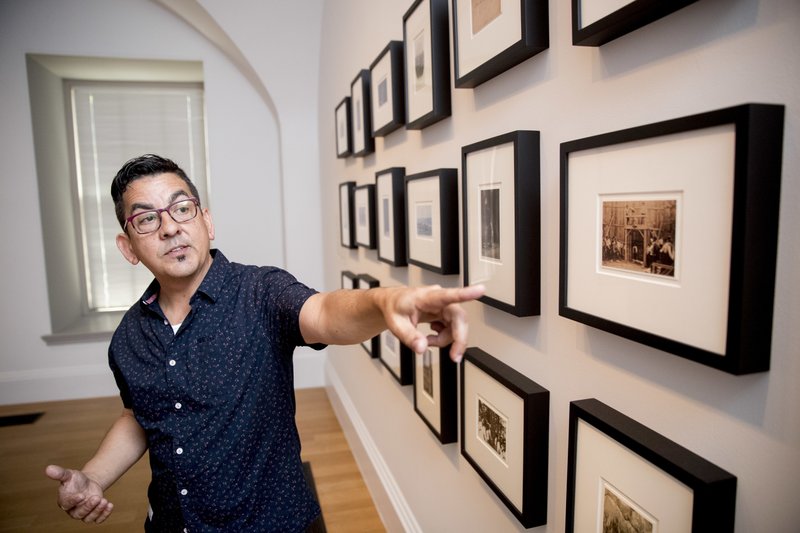 WASHINGTON (AP) — The Smithsonian’s National Portrait Gallery acknowledges that people of color have long been missing in the works it exhibits.

Now the museum is tackling the issue in an unusual way.

The Portrait Gallery is currently showing about 20 works by Los Angeles-based artist Ken Gonzales-Day that examine lynchings, mostly in the American West, and probe the history of racial violence in the United States.

“Latinos were a very small number” of those lynched in the U.S, Gonzales-Day told The Associated Press during a recent interview at the Portrait Gallery. “Native Americans, Chinese, even smaller numbers.”

“But when you think of it as a spectrum of racialized violence, then we can see it is part of a continuing (history) in the United States that dates back to its founding,” he said.

Equal Justice Initiative, an Alabama-based non-profit, documented more than 4,400 lynchings of black people in the United States between 1877 and 1950.

Gonzales-Day published a book in 2006 in which he verified 354 cases of lynchings in California between 1850 and 1935. Of those, 140 were Latinos — the largest group — while minorities made up two-thirds of the total.

To avoid re-victimizing those who were killed or causing pain to their families, Gonzales-Day’s works remove the body and the rope from each image. His ultimate goal is to spotlight racial violence in the U.S. in a broad sense.

“Traditionally, when people talk about the Wild West, they say, ‘Yes, there were some instances of Latinos being lynched, but they were all bad guys.’ My project was (to) prove that race was a factor,” he said.

Gonzales-Day sees a continuation of racially motivated violence today, citing the recent separations of migrant children from their parents at the southern U.S. border as an example. He hopes his audience thinks of current issues when looking at his work.

“UnSeen: Our Past in a New Light” also includes 17 paintings and one sculpture by artist Titus Kaphar, who recreates well-known paintings to include those traditionally left out by smearing tar, erasing with white paint and shredding canvas into strips.

“This exhibition talks about those absent histories, and about the many ways in which systems have been set in society to say the white Anglo person is worth more than the African-American, or the Native American or the Latino,” the museum’s Curator of Latino Art and History, Taína Caragol, told the AP.

The exhibition runs through January.

To read story in Miami Herald

To read story in AP NEWS