The denial of suffering is a prevalent theme in Ken Gonzales-Day’s research and art practice. His photographs showcase historical western lynching sites, but this dark subject matter is not obvious at first glance because his pieces do not include bodies of the victims. The artist explains that “the missing body is about not wanting to re-victimize these people.” Gonzales-Day explores the history of lynchings in a solo exhibition currently on view at the UC San Diego University Art Gallery (UAG) until May 20, 2011.

“Erased Lynchings” is a collection of enlarged postcards and photographs where the lynch victims have been removed from the image, while the rest of the scene remains intact. The original images were created to commemorate and publicize lynchings; these images became so pervasive that the U.S. Postal Service had to ban their circulation in 1908. Lynchings were often seen as festive occasions and a form of entertainment, especially in smaller rural communities, so these images frequently included enthusiastic crowds of on-lookers.

In “Searching for California Hang Trees,” Gonzales-Day located a series of surviving lynch trees, or trees in close proximity to confirmed lynching sites, in the California countryside and produced large-format color landscape photographs of them. The repressed violent history of the region lies beneath the seemingly banal natural imagery. Gonzales-Day uses a large format Deardorff camera to respond to the history of landscape photography in California, which is “generally imagined to be an empty space barren land that was just there for our aesthetic pleasure.” He strives “to create a conceptually driven project that would look an awful lot like traditional landscape photography, but would try to do something more.”

pros* Issue One—a journal founded and edited by doctoral students in visual arts—stages a series of conversations that center around Ken Gonzales-Day’s photographic series, “Searching for California Hang Trees” and “Erased Lynchings,” in an effort to continue a dialogue around racial violence, history, representation and UC San Diego’s own participation in remembering and forgetting such trauma. The dialogue begins with an interview between Ken Gonzales-Day and the exhibition’s curatorial team and then extends out to a number of diverse voices in the form of text and image. Issue One features contributions from Shane Anderson, Crystal Campbell, Tania Jabour, Diana McClure, Omar Pimienta and Steve Ruiz.

The conversation around “Silent Witness” continues with a panel discussion on Thursday, April 14 at 6:30 p.m.: “The Fruit of Sorrow: A Dialogue on Violence and Representation.”

In addition to Gonzales-Day, the panel includes Luis Alvarez of the UCSD history department, Luis Martín-Cabrera of the UCSD literature department, and Cauleen Smith of the visual arts department. The event will begin with introductory remarks by Gonzales-Day, discussing his projects currently on display in the UAG. Following this introduction, the participants will engage in an extended conversation on the issues raised by Gonzales-Day’s work, their historical significance and their resonance on the UCSD campus today. The dialogue will be moderated by Grant Kester, chair of visual arts and the director of the UAG.

The exhibit, publication and talk create an opportunity for further discussion about hateful incidents on university campuses and about the relationship between action and symbolic speech. Gonzales-Day reminds us that the act of witnessing is never innocent.

To read in This Week @ UCSD 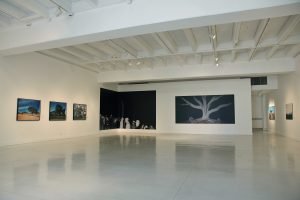 The UCSD University Art Gallery is pleased to announce the opening of a new exhibition by the internationally recognized photographer and installation artist Ken Gonzales-Day, running from April 1 – May 20, with an opening reception with the artist on March 31 from 5:30pm-8:30pm. The show, Silent Witness: Recent Work by Ken Gonzales-Day, has been curated by Grant Kester, Elize Mazadiego and Jenn Moreno especially for the University Art Gallery. It will feature selections from two recent projects by Gonzales-Day: California Hang Trees and Erased Lynchings. In the Erased Lynching series Gonzales-Day uses enlargements of postcards and photographs created to commemorate and publicize lynchings (these images became so pervasive that the U.S. Postal Service had to ban their circulation in 1908). Lynchings were often seen as festive occasions and a form of entertainment, especially in smaller rural communities, so these images frequently included enthusiastic crowds of on-lookers. Gonzales-Day began working with this material following the controversy that surrounded the Without Sanctuary exhibition at the New York Historical Society in 2000, which featured a series of over two hundred lynching photographs and postcards. The re-presentation of this material raised a number of compelling questions for Gonzales-Day. How do you overcome historical amnesia surrounding America’s racist and violent past, without at the same time reigniting the voyeuristic fascination that accompanied the original circulation of these images? What is the pedagogy of suffering, and what lessons do these images carry with them today?

Gonzales-Day approached these questions through a process of reversal in the Erased Lynching series, maintaining the surrounding scenes of leering, indifferent, or amused, crowds but subtracting the victim’s body. This spatial displacement was then carried forward through a process of temporal displacement in the California Hang Trees series. Here Gonzales-Day located a series of surviving lynch trees in the California countryside (or tress in close proximity to confirmed lynching sites) and produced large-format color landscape photographs of them. They are portraits, in a manner of speaking, that suggest the very real, physical, traces of California’s repressed past. Their location, from rural back-country to suburban office parks, can produce a jarring recognition of the violent history that lies just beneath the surface of an alternately banal or bucolic present. We have had our own moments of jarring recognition here at UCSD in the past year, as students have happened upon Klan hoods and nooses in the Geisel Library, and the stairwell near the University Art Gallery. These incidents raise significant questions about the relationship between action and symbolic speech that have only become more pertinent with the passage of time. The noose, like the burning cross, is a promise, an incitement, and a reminder of both a deplorable past and the possibility of violence yet to come. Gonzales-Day reminds us that the act of witnessing is never innocent.

Gonzales-Day’s work has been featured in solo and group exhibitions at venues including the Palais de Tokyo in Paris, the Generali Foundation in Vienna, the Los Angeles County Museum of Art, El Museo del Barrio in New York City, and the Tamayo Art Center in Mexico City, among many others. GonzalesDay has also conducted original research on the history of lynching in America. His groundbreaking book Lynching in the West: 1850-1935 (Duke University Press, 2006), has done much to complicate our historical understanding of lynching, exposing it’s widespread use as a form of domestic terrorism well beyond the southeastern United States (there were 354 recorded lynchings in California alone between 1850 and 1935), along with the high proportion of Latino lynching victims in the western U.S. 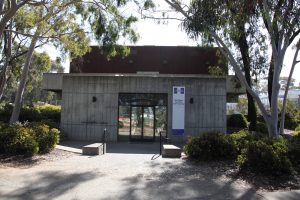