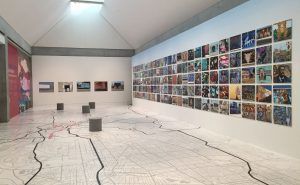 Surface Tension: Mapping Murals in Los Angeles was held at the Skirball Cultural Center as a part of Pacific Standard Time LA/LA. 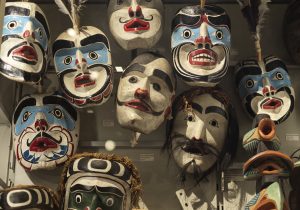 Vancouver Biennale launched it fourth edition, titled “re-IMAGE-n,” in June 2018, with projects unfolding over the exhibition’s two-year duration. Under the artistic direction of Barrie Mowatt and curatorial leadership of Marcello Dantas and Jeffrey Uslip, the Biennale invites international artists to respond to the prevailing issues of our time, including the widespread refugee and migrant crisis, a global shift towards nationalism and isolationism, and an intensifying drain on our shared natural resources. Projects will “re-IMAGE-n” (reimagine) a progressive social framework that supports free speech, Reconciliation and the rights of First Nations, LGBTQ rights, artistic freedom, gender, racial and sexual equality, ecological awareness, religious freedom, and the ethics of biotechnology.

For this project Gonzales-Day will be photographing objects in the collection of the Museum of Anthropolgy (MoA) at UBC in May of 2019 to create a new work to be exhibited in late 2019. 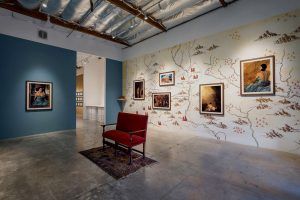 The Bone-Grass Boy: The Secret Banks of the Conejos River was held at Luis De Jesus Los Angeles in the fall of 2017 as a part of Pacific Standard Time LA/LA.

Bone-Grass Boy: The Secret Banks of the Conejos River is a conceptually driven photographic project that manifests itself in two ways: first, as a literary trope of the frontier novel of the late nineteenth century and second, as a digitally constructed artifact whose material existence stood in for the historical absence of such texts. Not surprisingly, such novels often depicted Native and Latino inhabitants as ridiculous personages encountered on an otherwise naturalized conquest of the West. Bone-Grass Boy is their nemesis.

Bone-Grass Boy: The Secret Banks of the Conejos River (1993-1996 / 2017) was created as an artistic response to the heated debates that raged in the late 1980s and early 90s around AIDS, gay and transgender rights, immigration and the border, and multiculturalism—and directly addressed mixed racial identity—at a time when the work by Latinx artists were rarely exhibited or written about. This significant body of work established Gonzales-Day’s interest in uncovering missing histories in what can now be seen as his unique use of historical research and laid the groundwork for his future projects that include Searching for California Hang Trees, Erased Lynchings, and Profiled.