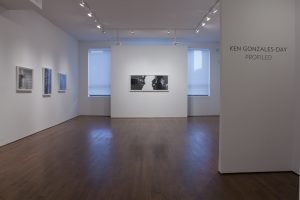 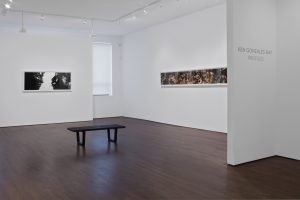 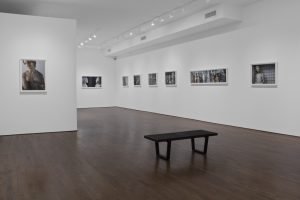 Ken Gonzales-Day’s photographic series, Profiled, examines sculptural representations of race, gender, and class throughout Western culture. For Gonzales-Day these images reveal “the emergence, idealization, and even folly of race, including whiteness.” The sculptures are the vestiges of profiling in history, presenting an intriguing connection to the contemporary practice in law enforcement. The series emerged in 2008 when Gonzales-Day received a fellowship from The Getty Research Institute and began to photograph the collections of The J. Paul Getty Museum and The Getty Villa. He went on to photograph the collections of The Field Museum in Chicago, The Museum of Man in San Diego, L’École des beaux-arts in Paris, Berlin’s Bode museum, Caputh Palace, and Park Sanssouci in Potsdam. His new PAC Prize-winning publication Profiled, which features works from the exhibition, was published by LACMA in 2011.

In Conversation with Ken Gonzales-Day on ARTWRIT

Most societal notions sit on a constantly shifting plain, repositioning over time. Since its rise during the Enlightenment, Physiognomy—the study of human character based on outward appearance—has advanced and receded in social credibility. As our cultural conscience, art is meant to illuminate how theories such as this become agents of social control. Frequently, it does. Except, of course, when it supports them, as with the construction of race bolstered by centuries of Western European aesthetics.

The artist Ken Gonzales-Day takes art to task on this account in his new monograph, Profiled. Foraging through our cultural warehouses, Gonzales-Day assembles a concise inventory of Western European depictions of race across generations and continents. But it’s far from a backwards glance. Gonzales-Day contemporizes his overview by re-imagining the history of sculpture as a series of mug shots, and connects it to American life in the twenty-first century without ever becoming flat-footed. Through the simplest of rhetorical devices, juxtaposition, he lets this history speak for itself.

Gonzales-Day posits dialogues between his mute subjects, either gazing off camera in apparent agreement, or staged into various face-offs. Shattered noses are present nonetheless, courtesy of the coded gestures of Eurocentrism. Caucasians pose as Asians, or sit in for deities, while fragmented racial archetypes peer out under plastic tarps, safe from view on storage shelves. With great clarity, Gonzales-Day articulates what everyone who has ever stepped foot in a museum already knows: everything comes down to class.

That the artist’s monograph begins with an image of a caliper is not simply a reference to the sculptural practices at work. This is also the instrument shared by many of the “scientific” inquiries that have fueled our ideas about inherited supremacy, like phrenology, eugenics, and anthropological criminology. The caliper is the culprit in this telling, the divisive measuring stick behind many of the conversations we assemble around difference.

Ken Gonzales-Day sat down with Artwrit to answer a few questions about the hidden methodologies tucked into classical theory and practice.

AF: In the introduction to the book, you comment that while most analyses of our depictions of race take on literature and painting, sculpture has been mostly overlooked. Is there something intrinsic to sculptural portraiture that makes racial stereotyping easier to conceal?
KG-D: Yes, the fact that sculptures are physical stand-ins of the person being represented. So one imagines a one-to-one relationship to the person, even if we know it’s somehow not true: for example, take an image of Jesus, and then look at depictions from different cultures… in Mexico, he looks Mexican, etc. So now imagine Apollo or Venus. Do they have race or ethnicity? What race was Nefertiti? There are many other things concealed as well… which is a rather long story… but let me just say that the idea of representing the moral or spiritual qualities of a person eventually finds its way into aesthetic models. Think of Hellenistic work, Mannerist work, Impressionism, etc.

Profiled is a critique of aesthetics, but of science as well. Between art and science, has one discipline been more instrumental in steering the construction of race?
Race is often understood by people as being a scientific fact. But why, really? That is the question I am looking at, and it seems that [it] really can be traced back to the Enlightenment. I am looking at the moment it is literally measured, codified, and then those measurements are used to shape and limit or expand human rights, dependent upon those measurements. Apollo = white = good = erect = straight lines = idealized beauty = idealization of whiteness as an achievement, like an invention, [like] a steam engine, versus African = indigenous = primitive = decline = inferior = slave  = deviant = invert = hysteric. So, yes, I would say science has been instrumental in steering the construction of race.

Some of the questions raised in Profiled are familiar turf within academia. But it took eighty-seven years for Vogue magazine to put an African-American woman on its cover. Do you feel these conversations have filtered into American life yet?
Definitely not yet.  Can you say birther! Or look at all the US/Mexico border issues, inner city high schools, prisons and of course so many other issues in this country.

To read on archived ARTWRIT site