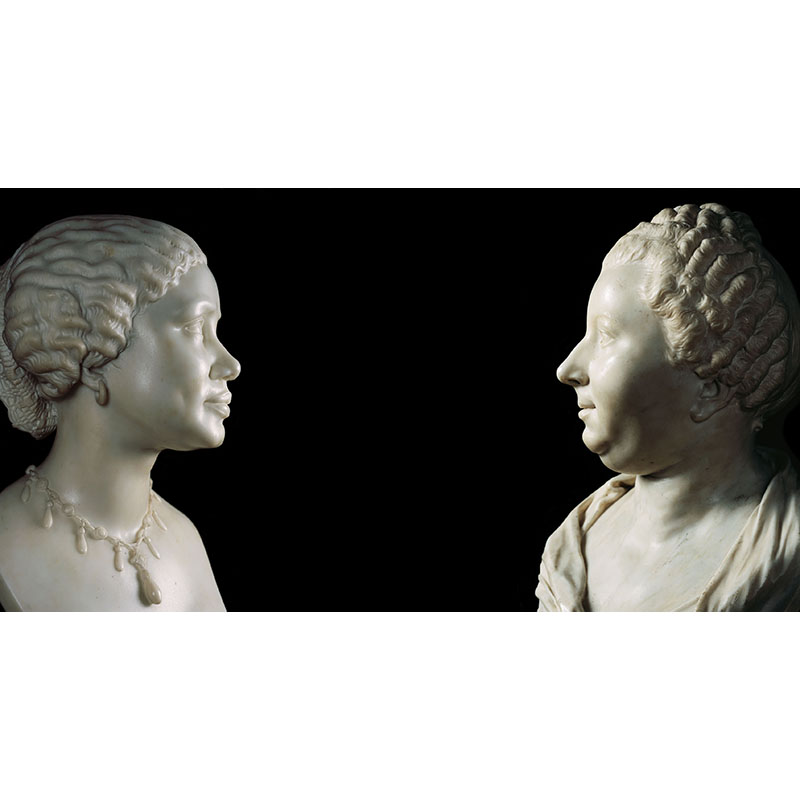 What do the expressions “highbrow” and “lowbrow” have in common with saying a woman has “mousey” features? What does Homer Simpson have to do with photographs of sculpture in profile by contemporary artist Ken Gonzales-Day? All are contemporary manifestations of an ancient pseudoscience that permeated visual culture in European history, notably in the 18th and 19th centuries: physiognomy.

In Messerschmidt and Modernity at the Getty Center, there’s a fascinating case of four books dating from 16th through the 19th centuries related to this magical pseudoscience, which assesses character and morality from outer appearance, applying the practice of “judging a book by its cover” to the human form.

Physiognomy has its roots in antiquity. As early as 500 B.C., Pythagoras was accepting or rejecting students based on how gifted they looked. Aristotle wrote that large-headed people were mean, those with small faces were steadfast, broad faces reflected stupidity, and round faces signaled courage.