Resistance in the Pages of Narrative of the Life and Adventures of Henry Bibb, an American Slave, 1849

Journal of the Association of Historians of American Art, Spring 2022 (8.1)

Discussions of iconoclasm frequently focus on the destruction or violence wrought upon large-scale works—life-size paintings, larger-than-life sculptures, or massive altarpieces—assaulted by a group or individual brandishing damaging tools or instruments, such as ropes, swords, or hatchets. In a US context, scenes of iconoclasm have often featured rowdy crowds wrestling with unwieldy objects: we might think of patriots in New York’s Bowling Green, tearing down the equestrian statue of King George III, or formerly enslaved men and women attacking the family portraits of Southern enslavers; more recently, the spring 2003 footage of US Marines toppling the monumental statue of Saddam Hussein in Baghdad comes to mind.2 This research note considers a quieter kind of iconoclasm, one that nonetheless offers important material evidence of the power of images and of readers’ agency: a defaced book, now in the collection of Emory University Libraries and viewable online via the Internet Archive.3 The pages of this book are part of a long-standing tradition of conscientious iconoclasm, in which altering or damaging a picture or object constitutes a considered form of political protest, while they also provoke further reflection upon questions about the ethics of viewing or showing scenes of pain and suffering. Their dissemination via digitization further complicates these questions.

In the spring of 2015, I taught a class on the American Civil War and its reverberations in the art and material culture of the United States. To foreground the voices of Black authors and artists, I selected the 1849 Narrative of the Life and Adventures of Henry Bibb, an American Slave as a primary source for students to study, using a scanned edition of the volume that was easy to access online. The book offers a study in contrasts between the ways in which enslaved people were portrayed in much media of the time—generic representations that depicted them as economic commodities—versus Bibb’s individual experiences and perspective. While the text foregrounds Bibb’s subjectivity in relating his repeated attempts at self-liberation, the accompanying wood engravings are, in many instances, reprinted from other antislavery publications, evoking in their very familiarity Saidiya Hartman’s searing analysis of “scenes of subjection.”4

Clicking through the pages of the text brings us to an archetypal image of a slave auction that depicts a heartrending scene (fig. 1).5 A white man stands atop a table in the center of a room, holding a child by the wrist in one hand and a gavel in the other. Other well-dressed white men stand nearby, smiling faintly. On the left side of the picture, one man raises a whip, about to strike a kneeling Black woman; this whip cuts through the air in a jagged line, evoking the outline of a man’s profile.6 Nearby, another man seems to brandish a riding crop. Groups of men, women, and children of African descent are dispersed around the room. While some kneel in supplication, their poses echoing the abolitionist emblems “Am I Not a Man and a Brother?” and “Am I Not a Woman and a Sister?,” others sit on a bench or stand against a wall, their arms in chains and shackles.7 In the left foreground, a woman kneels on the floor, embracing a child. Some figures comfort one another or plead with the white men standing over them; others entreat the heavens, heads upraised and hands clasped. On one wall, a sign labels the scene: SLAVE SALE….

Even as the production of Bibb’s book preceded Clark’s painstaking unraveling of the Confederate battle flag and the poetry of Smith and Baker by more than 160 years, the issues the book raises are all too resonant in our own historical moment, given the continued dominance of systems of white supremacy, including police violence against Black and Brown people, which has been made hypervisible with the ubiquity of cell-phone cameras. Reading Bibb’s text (and viewing the pictures within) had different stakes in 1849, when the book was first published. Yet then, as now, these scenes of violence demand we consider the ethics not only of the scenes represented but also of our own roles in viewing images of trauma and suffering, raising the long-standing question: can pictures and stories awaken empathy and action, or do they result solely in a kind of prurient voyeurism?31 Those of us leading courses about American history and culture know the challenge of teaching about the traumas of the past without reinflicting them on current students: how does one ethically teach a history of slavery or show a room of students pictures of torture and suffering? And how do we do so when we know these inequities and acts of state violence against Black individuals are not just part of the historical past but instead continue to unfold and ricochet across lives and headlines in our own historical moment?

Some activists and scholars have advocated for the importance of bearing witness, citing the power of images to effect both personal and social change. Courtney Baker, for example, analyzes “a rhetoric of black liberation premised upon the ethical beholding of the black body’s physical sensation.” In Baker’s reading, representation and witnessing both play crucial roles in the pursuit of justice as they work to “[assemble] a viewership that is moved to protest and eliminate the fatal racism endured by people of African descent in the United States.”32 In contrast to the objectifying or spectacularizing gaze, Baker advocates for “humane insight,” an intersubjective encounter “in which the onlooker’s ethics are addressed by the spectacle of others’ embodied suffering.”33

In analyzing historical images, Radiclani Clytus has emphasized the American Anti-Slavery Society’s reliance upon pictures and scopic engagement in advancing their cause and recruiting members, operating with what Clytus terms an “ocularcentric ethos” that evokes “spectatorial sympathy.”34 Similarly, Martha Cutter argues for the enhanced powers of a combination of image and text that work in tandem (as seen in illustrated slave narratives and analyzed in graphic narrative theory) to provoke a generative reader response. Pictures and words together, she asserts, can yield “a more radical experiential paradigm . . . [and might] move readers toward certain prosocial ends or actions more effectively than pictures or words alone,” especially when motivated by “parallel empathy” (in contradistinction to “hierarchical empathy” or pity).35 In her view, the readers’ efforts to correlate text and image are what “create intersubjectivity (shared cognition and affective states)”36 and might even “encourage a viewing reader to move beyond passive spectatorship toward active resistance to slavery’s sociopolitical regime.”37

Indeed, as one period reader of Bibb’s Narrative remarked, “This fugitive slave literature is destined to be a powerful lever. We have the most profound conviction of its potency. We see in it the easy and infallible means of abolitionizing the free States. Argument provokes argument, reason is met by sophistry. But narratives of slaves go right to the hearts of men. We defy any man to think with any patience or tolerance of slavery after reading Bibb’s narrative.”38 While Cutter’s analysis of several illustrated narratives, including Bibb’s, argues for the power of books to compel their readers/viewers to action, her primary evidence is her own formal analysis of pictures and close readings of the texts, imagining their rhetorical effectiveness and likely impact upon other users. The volume in Emory’s library offers its own material evidence of a strong reader response: an index of an emotional and intellectual reaction in its precise strikes against enslavers. 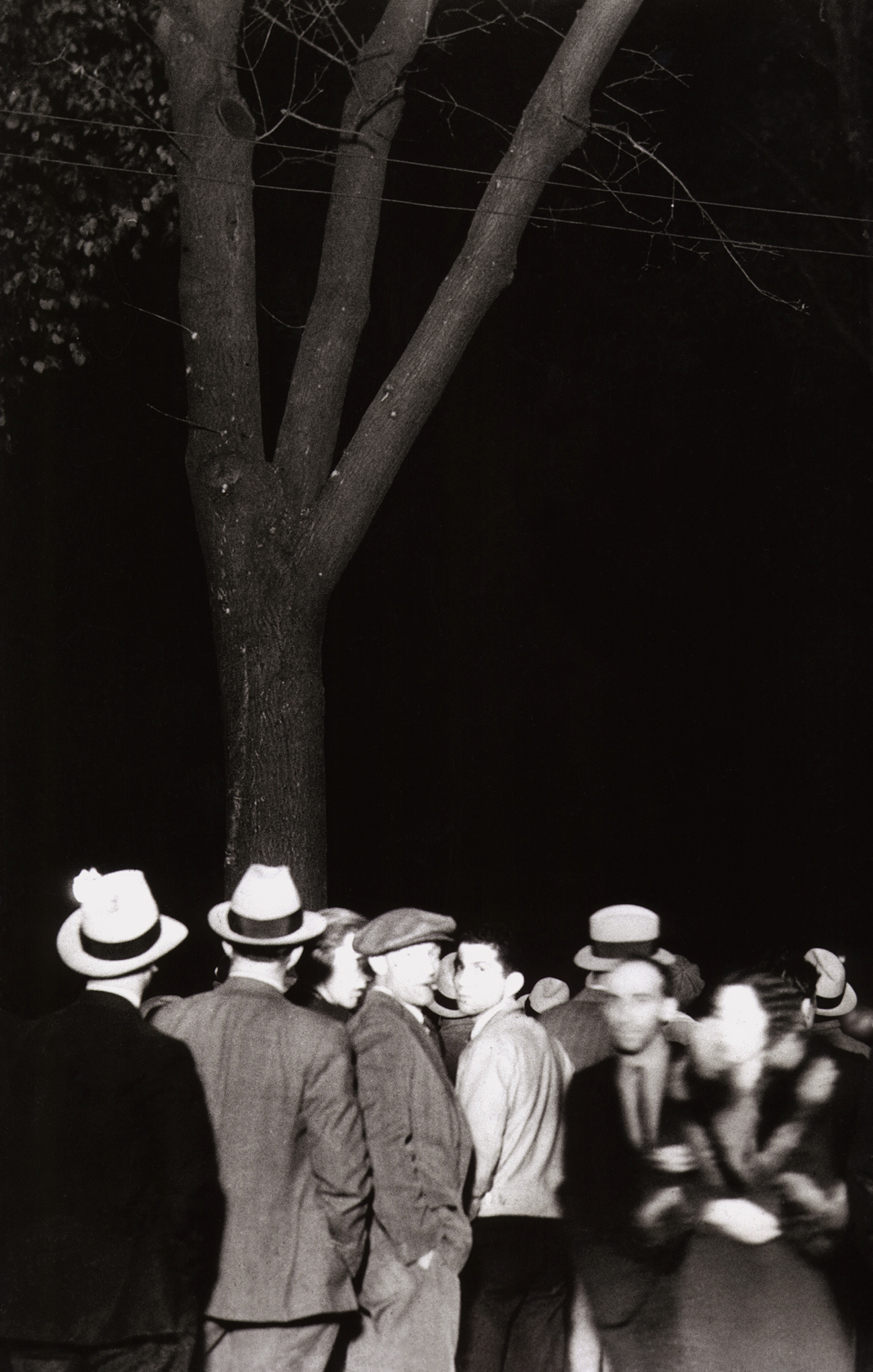 Yet these analyses are all predicated on the dissemination of images of violence inflicted upon Black individuals. With prose that hauntingly evokes video footage of Rodney King, Eric Garner, Alton Sterling, Philando Castile, George Floyd, and too many others, Baker notes this bind: “Learning from looking . . . has and continues to be a compelling project for the eradication of injustice worldwide. . . . Appeals to sentiment through the presentation of pain have been crucial to progressive black movements in America.”39 Yet the repetition of the imagery of Black pain and suffering threatens to transform these pictures and this visual evidence into what artist Parker Bright has memorably labeled a “Black Death Spectacle.”40

We have been reminded by Hartman and many others that the repetition of the visual, discursive, state, and other quotidian and extraordinary cruel and unusual violences enacted on Black people does not lead to a cessation of violence, nor does it, across or within communities, lead primarily to sympathy or something like empathy. Such repetitions often work to solidify and make continuous the colonial project of violence. With that knowledge in mind, what kinds of ethical viewing and reading practices must we employ? . . . What might practices of Black annotation and Black redaction offer?41

Sharpe powerfully models this practice. Rather than reproducing Joseph T. Zealy’s famous and contested daguerreotypes of Delia and Drana in full, she crops and alters the photographs, showing only a small rectangle of their eyes encountering the camera/viewer. In another redaction, Sharpe reprints newspaper coverage of a young girl prosecuted, notably, for vandalism, but she overlays the printed text with black bars that conceal all lines except those that convey the girl’s own words.42

These practices parallel the Erased Lynching photographs of artist Ken Gonzales-Day (fig. 8). In these digitally manipulated versions of historical photographs, the bodies of lynching victims have been removed, leaving only the images of the perpetrators subject to our gaze.43 It is an opposite approach to that of the Emory iconoclast. Yet the redacted or defaced pictures in Bibb’s book similarly attest to a reader’s active rejection of oppression. The rips in these pictures transform them from “scenes of subjection,” as articulated and theorized by Hartman, into scenes of subversion and resistance. This intervention is what makes Emory’s edition of Bibb’s Narrative all the more powerful for teaching purposes. Beyond highlighting Bibb’s historical voice and perspective, the altered book foregrounds the agency of its reader/viewer, emphasizing the subjectivity that historical and contemporary persons bring to their encounters with media or representations of the suffering of others. This is not only a passive portrayal of the horrors of slavery but also an example of a quiet act of resistance and response, hiding in plain sight in the archive, made visible to us by digitization.