Ken Gonzales-Day’s Lynching in the West

Posted on September 7, 2006 by Ken Gonzales-Day 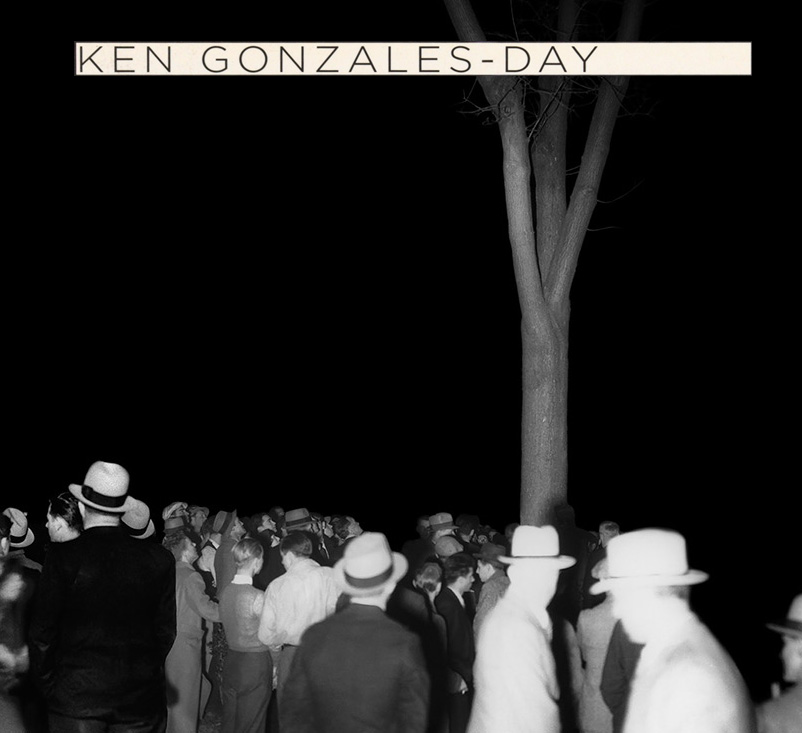 It would be bourgeois reaction to negate the reification of the cinema in the name of the ego, and it would border on anarchism to revoke the reification of a great work of art in the spirit of immediate use-value…Both are torn halves of an integral freedom, to which however they do not add up. It would be romantic to sacrifice one to the other.

Three years into Hitler’s reign as Chancellor of Germany, Adorno and Benjamin debated the imperative relation between aesthetics and politics in the context of fascism. Benjamin famously argued for a de-mythologized “aura-less” art, one that embraced mass technology against the neo-classical, aestheticized politics of the Third Reich. But as Adorno would remind us, we know the end of that story: cinematic technology is neither inherently critical nor leftist, witness leni Riefenstahl’s Triumph of the Will. This historical debate analogously anticipates the contemporary dialectic between “relational aesthetics” (as participatory anti-aesthetic) and formalist painting (as pure myth-aesthetic), though it is a problematic iteration of the original argument. For any literal, schematic iteration of the Benjamin/Adorno debate would inadequately explain away the massaging and feeding of gallery-goers as a willful complicity with the service industry, on the one hand, and the resurgence of expressive, formalist painting as an ego-reifying process, on the other. Where does this false polemic leave a political-aesthetic consciousness in contemporary art in the context of such xenophobic events evidenced by California’s Prop 187, the Minutemen Militia border control, Bush’s “guest worker” program, and the ongoing interrogation tactics (i.e. torture) at Guantanamo Bay? Any artwork borne of a critical aesthetic today must take up this debate over the representation of civil violation and/or atrocity. Perhaps this challenge is best taken up as a psychic operation aimed at a given event (within the context of art) versus the simple pictorial act of re-presentation of the event itself. This is the task of Ken Gonzales- Day’s Lynching in the West, which speaks to the question of identity and identification in the dual contexts of aesthetics and politics.

The “event” to which Lynching in the West returns is a readymade historical paradox, at once there and not there. Accounts of north American lynching within academic and popular culture have focused on the violence waged against African Americans in the southern United States, while the lynching of latinos in California has yet to enter historical consciousness. And yet at the time of the event that Gonzales-Day addresses – 354 instances of lynching that occurred in the state of California between 1850 and 1935, the majority of which were latino– lynchings in the West were readily documented in popular culture through the dissemination of postcards containing photographs of the lynched subject. The question for Gonzales-Day is how to approach this subject without re-spectacularizing the event and thus re-instancing it in the here and now. As Adorno again pointed out to Brecht, the left’s representation of atrocities is a problematic affair because “when genocide becomes part of the cultural heritage in the themes of [art], it becomes easier to continue to play along with the culture which gave birth to murder.” 2 For Gonzales-Day, this crisis of representation is itself the work. Which is to say, the form (or operation) of Gonzales-Day’s documentation of the event is at once the content of the documen- tation. Drawing upon newspaper articles, periodicals, court records, historical photographs, and souvenir postcards, his study of the subject began by traveling throughout California and photo- graphing the actual or approximate lynching site, which is to say the event’s singular remainder: the “lynching” tree itself. The event is recreated as an absence of historical atrocity in the presence of what, on the surface, appears to be landscape photography. The pictorial and the obscene thus rub together through the visual negation of the subject or event, emblematic of the lost history of lynching in the rural West.

The installation itself places the viewer squarely within this site of erasure. Upon entering the gallery, we are presented with three visual “propositions”: a mural-size historical photograph of a crowd focused on a single tree, a series of historical postcards framed in archival format, and a large scale “landscape” photograph of a tree. Accordingly, what we have are three instances of the lynching event: the event itself, the event’s secondary documentation, and the contemporary return to the event’s site. What nevertheless insists in these three different aesthetic presentations and “time zones” is the erasure of the lynched subject, the singular gesture of the artist’s return to – and representation of – the event. By extension, we have three different sites of lynching’s discursive erasure: documentary photography, popular culture, and landscape photography. And yet, because the viewer is put squarely in the position of erasure – there is no body for us to see and control with our gaze – we are at once, phenomenologically, put into the place of the subject of the work, both as the lynched (it could be me up on that      empty tree) and the lyncher (it could be me in that lynch crowd). This operation, the aiming at the event through the very negation of the event, underscores and activates our jouissance or psychic ambivalence towards the representation of lynching (I want to see that which I don’t want to see), evoking Adorno’s warning that “[t]he so-called artistic representation of the sheer physical pain of people beaten to the ground by rifle-butts contains, however remotely, the power to elicit enjoyment out of it.” 3

Which brings us back to the photographic paradox of the subject that Lynching   in the West implicitly evokes; a paradox that activates the death drive in the spectator’s desire to re-view historical events through the medium of photography. It is Barthes’ formulation that the pleasure/pain the subject has in viewing historical photographs indexes the death drive’s activa- tion. For the desire to witness an event that occurred before one is borne, the desire to return to that very moment in time, is at once a desire not to be. “…[T]he life of someone whose existence has somewhat preceded our own encloses in its particularity the very tension of History, its division,” Barthes claimed. “History is [thus] hysterical: it is constituted only if we consider it, only   if we look at it – and in order to look at it, we must be excluded from it. As a living soul, I am the very contrary to History, I am what belies it, destroys it for the sake of my own history.” 4 Again,   this psychic operation instanced by Lynching in the West is the site in which the subject (at once the viewing subject, the historical subject, and the subject of art) is unconcealed as present under erasure. “Unconcealment” is Heidegger’s term for what Freud called the “return of the repressed.” And the repressed fact that is “unconcealed” here is the very fact of the subject’s essence: that surrounding the lightness of one’s being is the darkness of one’s own nothingness, a being that is thus paradoxically borne of, as much as it gives birth to, the subject’s own  nothingness.

What Lynching in the West thus “represents” is the crisis of representation itself. Recent performance and installation art theorized through the logic of nicolas Bourriaud’s so- called relational aesthetics is indicative of this crisis because what such work erases is historical consciousness in the space of a presumed, mythic “present.” The panacea for this endemic might be a non-dialectical recall of Benjamin and Adorno’s original debate. Such a recall would put into relief contemporary artworks that simultaneously take up a political and aesthetic proposition. Moreover, Lynching in the West aptly underscores the need to triangulate these propositions, methodologically, with a psychoanalytic proposition. This triangulation is essential when the ques- tion of representation is at stake, both in terms of historical atrocities and contemporary returns to 60s and 70s art practices. On this note, Lynching in the West performatively activates the impasse between definitive positions of subject and other, and by extension, event and history, all of which are acted out by the viewer in the space of aesthetics. In a moment when pundits make history in mass culture at lightning speed, phantastmatically dissolving us into a mythic succession of disempowered “presents,” the slowing of time in the space of viewing historical events through the presentation of paradoxical identification is a critical, ethical event in itself.