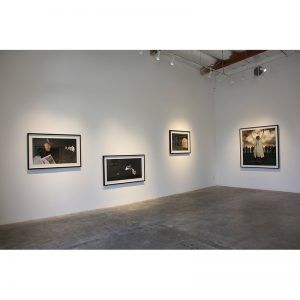 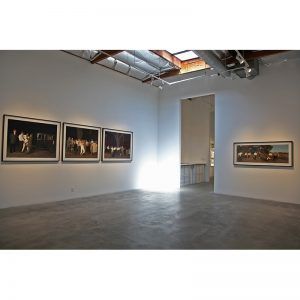 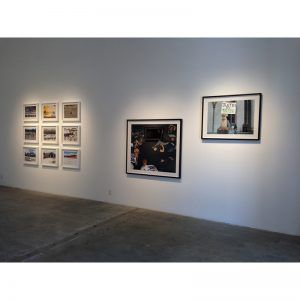 RUN UP is the latest chapter in Ken Gonzales-Day’s acclaimed Erased Lynching series, selections of which have been acquired by the Smithsonian Institution and the Norton Museum of Art and have also been exhibited internationally in museums and galleries in Los Angeles, New York, Toronto, London, Paris, Vienna, Mexico City, and Bogota, among others.

The central work in the exhibition will be a new short film and still images from a restaging of a 1920 lynching of a Latino in California. Gonzales-Day created the film and related photographic series to bring greater visibility to the presence of Latino’s in the history of lynching and to draw parallels between the past and the present.  Unlike previous bodies of work in which Gonzales-Day used found or archival imagery, the contemporary restaging highlights not only the history of lynching nationwide, but draws clear parallels with contemporary events like Ferguson.

The film and still images depict events surrounding the lynching of Charles Valento, also known as “Spanish Charley”, who was one of three men (two Anglo and one Latino) to be lynched in Santa Rosa, California, in 1920.  The details surrounding the case were drawn from the Coroner’s report and Gonzales-Day’s own archival research that strongly suggests that police officers were present at the 1920 lynching-which the press mischaracterized as mob vigilantism.

The primary difference between this project and conventional narrative depictions of lynching and vigilantism previously found in films (ranging from Sergio Leone’s Spaghetti Westerns to Steve McQueen’s recent 12 Years a Slave), is that in Gonzales-Day’s film the victim’s body is not visible in the final moments of the scene. The absence of the lynching victim in this film, and accompanying photographic series, intentionally seeks to disrupt the normative power of racial victimization, raise awareness about America’s lynching victims (Asians, Latinos,  African Americans, and Native Americans) and reflect on the broader question of capital punishment and police brutality currently taking place in the United States.

The exhibition includes restaged “period” imagery of the 1920 lynching reenactment with stills shot in Los Angeles during the protest marches that took place in the days following the Grand Jury’s decision in Ferguson, Missouri, not to indict Darren Wilson, the white police Officer involved in the shooting death of Michael Brown, the unarmed black teen.  A third series of images document the destructive aftermath of the riots in locations throughout the city of Ferguson as well as images documenting memorials honoring Ezell Ford, the mentally ill young man killed by police in South Los Angeles.  In combining these seemingly distant events, the exhibition draws parallels between the history of lynching and police shootings today, at times blending the two events to create images that collapse history and provocatively speak to our own time.