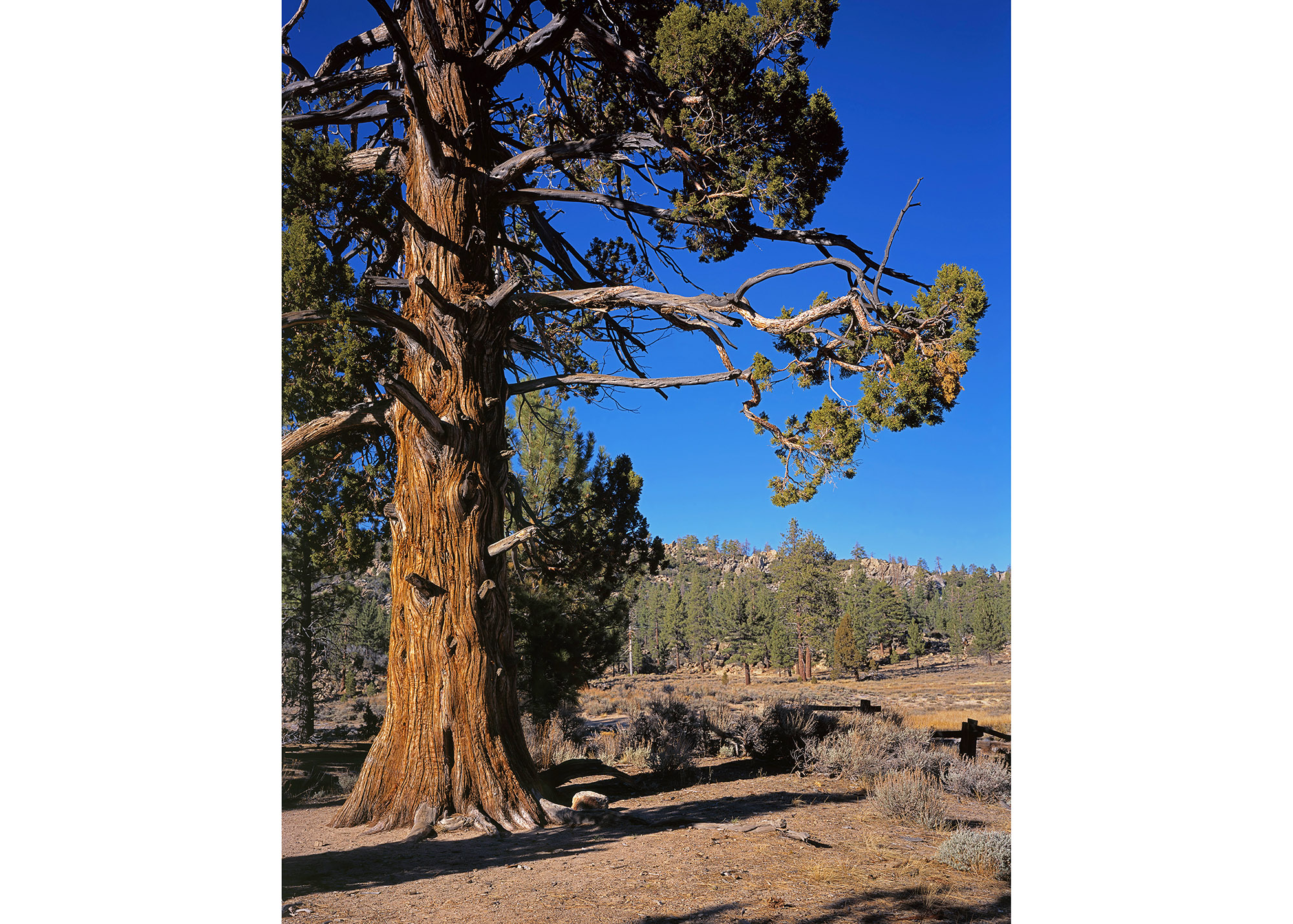 Searching for California’s Hang Trees, grew out of the research artist Ken Gonzales-Day was dong for his book Lynching in the West: 1850-1935, published by Duke University Press in 2006. In it, Gonzales-Day sets out to assemble the most complete record of lynching in California that had yet been published. What his research uncovered, was that contrary to popular belief, African Americans were not the only targets of lynching in California and the west. In fact, Gonzales-Day was also able to document the lynching of Latinos, Native Americans, and Chinese immigrants, at least in part due to their racial identity. In doing so, Gonzales-Day has revealed a history of violence against immigrants in the west that still goes on today, with mass incarceration and family separation taking place at our borders. The photographs in Searching, which grew out of Gonzales-Day’s labor-intensive research, were no doubt helpful in dealing with the trauma created by exposing these lynchings. They also serve as a testament to what Gonzales-Day calls an “invisible history.” That being the “history of racial hatred that had taken place in the California landscape.” While some of the trees depicted in this series are confirmed as the tree used in a lynching, some of them were more than likely only witnesses to the event. Their importance though is undeniable. It is the act of looking for these trees that makes this project so significant, both to shed light on these horrific events, but also to give their locations the memorial they deserve.

Ken Gonzales-Day is a Los Angeles based artist whose interdisciplinary practice considers the historical construction of race and the limits of representational systems ranging from lynching photographs to museum displays. His widely exhibited Erased Lynching series (2006), along with the publication of Lynching in the West: 1850-1935 (2006), transformed the understanding of racialized violence in the United States and raised awareness of the lynching of Latinos, Native Americans, Asians, along with African-Americans, in California’s early history.

The Searching for California Hang Trees series offered a critical look at the legacies of landscape photography. In downtown Los Angeles, Gonzales-Day extended that research by creating a Walking Tour of Los Angeles Lynching Sites to help introduce visitors to the city’s hidden past.

Works from the Profiled Series have been exhibited internationally and grew out of Gonzales-Day’s research into the history of racial depiction found in historic expositions and educational museum displays on race across the U.S. and Europe. This project considers many of these contested objects as part of the material legacy of slavery, colonialism, imperialism, whiteness, and their place in museum collections today. Gonzales-Day is the Fletcher Jones Chair in Art at Scripps College.