A professor is arrested for breaking into his own home in Cambridge, MA. He is black. A traveller in a turban is detained and searched by airport security. A man is pulled over and questioned by police on suspicion that he may be undocumented. A 13-year-old boy kills himself after years of anti-gay bullying.  Gleaned from recent events, of which we can find countless similar examples daily, this is the backdrop against which PROFILED, a solo exhibition by Ken Gonzales-Day, emerged.

While each of these cases appears to have been directly influenced by the appearance, dress, or behavior of the victims, their acts of violence, mistreatment, injustice, and cruelty are reminiscent of the positivist claims of eighteenth century authors like Petrus Camper, Kaspar Lavater, and George-Louis Leclerc, who argued that inner qualities determine outward appearances. In the decade since 9/11, “profiling” is once again at the center of political debates on everything from sexual orientation to terrorism and immigration reform, at a time when scholars and scientists have increasingly come to believe that sexual orientation is more than a “choice” and that race has more to do with culture than biology.

For this exhibition, Gonzales-Day clusters and combines large photographs of historical sculptural works that reflect the idealization of whiteness, the emergence of racial typologies, and the latent sensuality found in so many museum collections. The intermingling of collected 19th and early 20th century photographs of same-same sex couples with his own large-scale photographs of historic sculptures of satyrs, hermaphrodites, an Apollo, or a Venus, offers a timely response to debates about same-sex unions; the placement of a satyr with a wooly chapped cowboy helps to playfully reframe such obvious displays of masculinity, while an ancient hermaphrodite is set along side 19th century images of cross-dressing men and women.  Using works he photographed from The J. Paul Getty Museum, The Getty Villa, École des Beaux-Arts in Paris, and the Field museum in Chicago (where he photographed the Malvina Hoffman Collection of sculptures from her 1933 exhibition, The Races of Mankind, in which Hoffman was commissioned to sculpt 104 distinct racial types as a permanent display), Gonzales-Day reconsiders the complex history of racial formation and gender normativity, providing a new perspective on what it means to be profiled in our own time.

The Los Angeles County Museum of Art will be publishing Gonzales-Day’s monograph Profiled in June of 2011, as its second artist’s book in the PAC Prize Series.

Ken Gonzales-Day lives and works in Los Angeles. His interdisciplinary and conceptually grounded projects consider the history of photography, the construction of race, and the history of representational systems ranging from the lynching photograph to museum display. He received an MFA from UC Irvine, MA from Hunter College (C.U.N.Y), and was a fellow at the Whitney Museum’s ISP program.  He has shown extensively both nationally and internationally.

What do a letter by Lord Byron, a letter from King George V, a Weeping Beech tree in Hyde Park, London, a silver box engraved with Arabic text, pre-biblical urns and vessels, post enlightenment European porcelain, and a tree in Yosemite National Park have in common?  Each item plays a part in the asymmetrical time-line narrative of A Symmetry, a philosophic exercise on making sense, or non-sense, of unfathomable collective cultural-political histories via personal objects that confound as they illustrate.

A Symmetry continues Dorit Cypis’ exploration of the psycho-physical-social aspects of history, knowledge and experience, drawing on details revealed in her recent performance The Artist and Her Archives, which was presented at the conclusion of a research residency, FabLab (looking for patterns), at 18th Street Art Center, Santa Monica, California. A Symmetry, a further iteration developed for Las Cienegas Projects, is a time line of photographs charting when the seven objects (named above), chosen from the artist’s personal archive, were created, sighted, and/or obtained. What confound the linear indexing of these objects are the stories behind each one that weave a labyrinthine path of personal, historical, and political dimensions.

Dorit Cypis has used performative strategies, photography, and social sculpture to explore identity as psychophysical and political since the 1980’s. Her work has been presented at the Whitney Museum of American Art, International Center of Photography, San Francisco Museum of Modern Art, Orange County Museum, Walker Art Center, Musee d’Art Contemporain/Montreal, Musee desBeaux Arts/Bruxelles, Los Angeles County Museum of Art, and the Orange County Museum of Art, in addition to international galleries and artist spaces. Cypis has taught on the topics of identity, representation, social relations, and conflict transformation at universities and colleges across the USA as well as in Canada, Holland, France, Switzerland, and Israel.  She is currently teaching at Otis Center for Art and Design.

Cypis has designed and directed public programs including Kulture Klub Collaborative, Minneapolis, 1992-1998, (artists working with homeless youth to develop their capacity for creative expression) and Foundation for Art Resources, FAR, Los Angeles, 1979-1982, (assisting artists to work collectively and to situate art in the public domain). She earned an MFA (1977) from Californian Institute of the Arts, and after completing a Masters of Dispute Resolution (2005), Cypis founded and currently directs Foreign Exchanges, developing tools of engagement across personal and cultural differences. 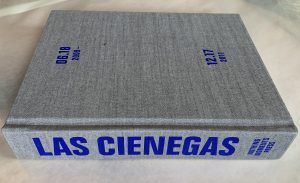