Posted on September 7, 2006 by Ken Gonzales-Day 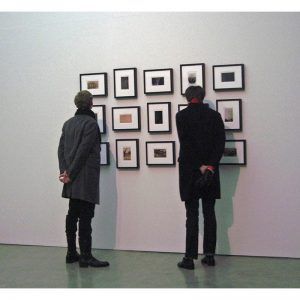 – Susan Sontag, Regarding the Pain of Others 1

At first sight, At Daylight the Miserable Man Was Carried to an Oak and Golden Chain, photographs by Ken Gonzales-Day, appeal to the senses as beautiful landscapes. That aesthetic appeal is challenged, however, by the knowledge that the distinctive trees at the center of these images have something in common: bodies once hung from their branches. In the 19th century these were lynching trees. The trees are grave markers, historic signs of horrific crimes.

Gonzales-Day originally set out to find Latino subjects who had been omitted from California history. Instead, he stumbled onto records, visual and written, of events that have virtually disappeared from California history. He found documentation of 352 lynchings in the state, and that the greatest number of victims was Latinos. In his search through the past Gonzales-Day found souvenir postcards, historical photographs, and written documents of the events. These records were often inaccurate and incomplete. Intrigued, the artist spent four years on the project, which became Searching for California’s Hang Trees. He visited the sites where the lynchings occurred and photographed the trees as traces of the incidents, both witnesses to and participants in the deaths. In doing so, he paid homage to the often-anonymous victims.

Revisiting the past in the present allowed Gonzales-Day to visualize the horrible events that took place in each particular setting. From newspaper accounts of the period he was able to retrace the steps of a victim, dragged from a courthouse or jail cell and hanged from a nearby tree. Such events are moments in time, moments that have not simply passed, but have disappeared from memory. The only tangible, living object that remains from this harrowing excavation of cruelty is the oak, the lynching tree.

In this exhibition, Lynching in the West, Gonzales-Day juxtaposes St. James Park, a life-size historical image of a lynching, with two large-scale images of photographed oaks from his recent Searching for California’s Hang Trees series. The historical postcards also included in the exhibit serve as a chronicle of the events, altered only by the artist’s erasure of the victims. The mural overwhelms the exhibition space, re-enacting the event without revictimizing the lynched. The postcards of the era give context to the mural-size picture and anchor the enormous images of the oaks in history.

The title At Daylight the Miserable Man Was Carried to an Oak sets the tone for a haunting image of an oak tree. The artist frames the image from below, capturing the tree’s almost anthropomorphic presence. Enrobed in velvet green moss, the trunk of the oak leans back, weighed down by its gnarled dry branches, which twist and turn in every direction and extend far beyond the picture plane. The oak looks ancient and resilient, yet emanates a sense of dread. It possesses the memory of racial hatred, torture, violence, and murder. A silent witness and unwitting participant, the tree retains traces of past, present, and future. The exquisite contrast of the tree’s barren branches with the plush green moss climbing its trunk attests to the cycles of life, death, and regeneration. The oak continues to grow and change with the passing seasons, yet remains stable and strong. If it cannot escape its history in our annals, it can grow beyond all that in nature.

By contrast, Golden Chain shows a massive tree that radiates against a bright blue sky blanketing a sunburnt California landscape. In Gonzales-Day’s photographic treatment, its lush green foliage imparts majestic beauty, strength, and life-giving energy. This beauty has been distorted by the lingering traces of its past, provoking a deep bitterness. Yet the healthy, regenerative and enduring aspects of the oak convey a sense of hope, promising renewal and change.

Despite the compelling beauty of the tree images, what intrigues is precisely what cannot be seen: the presumed subject, the body of the lynched man. The absence of the victims brings up the aspect of erasure. The viewer expects to see heart-wrenching images of mutilated bodies hanging from trees. There is discomfort and disorientation in seeing the unexpected or not seeing the expected. Focusing on the bodies may evoke intense feelings of sympathy, anger, shame; but with the erasure of the victims Gonzales-Day directs the viewer to go beyond. He wants the viewer to think, contemplate, analyze rather than feel. In Regarding the Pain of Others, Susan Sontag expresses the danger of merely feeling: “So far as we feel sympathy, we feel we are not accomplices to what caused the suffering. Our sympathy proclaims our innocence as well as our impotence. To that extent, it can be (for all our good intentions) an impertinent – if not an inappropriate – response.” 2

In the mural-size image titled St. James Park, the focal point is the trunk of a tree with three bare branches. In semiotic terms, the tree is the signifier of a hidden signified, the body. The victim is anonymous, invisible, not of consequence, the suppressed other. What the viewer is forced to contemplate is the spectacle, the mob gathered around the lynching tree, the dynamic of the perpetrators. With the erasure of the victims, the perpetrators become the active subjects and the viewer of Gonzales-Day’s photographs is forced to engage with the community of lynchers, united in their thirst for dominance and revenge.

What allows this form of murder to happen is the complicity of a community. The historical postcards that document lynchings attest to the fact that people enjoyed and wanted to record these events as entertaining spectacles bringing together hundreds of local citizens. The postcards are a visual reflection of the beliefs of a community – one that felt entitled to violate the human rights of these victims. Atrocities continue to be re-enacted when large groups and communities support and reinforce them. The mob, the community that enacted these murders, has evolved through generations into a community of silence and denial. Erasure stems from discomfort, denial, and ultimately the refusal to take responsibility for the actions of our ancestors. Gonzales-Day’s work confronts the viewer with the act. One can no longer deflect responsibility from the perpetrators and must contemplate these heinous crimes. Through this body of work, our community is given the opportunity to become conscious, to initiate and maintain dialogue, to accept and learn from the past.