In the Studio: Ken Gonzales-Day. 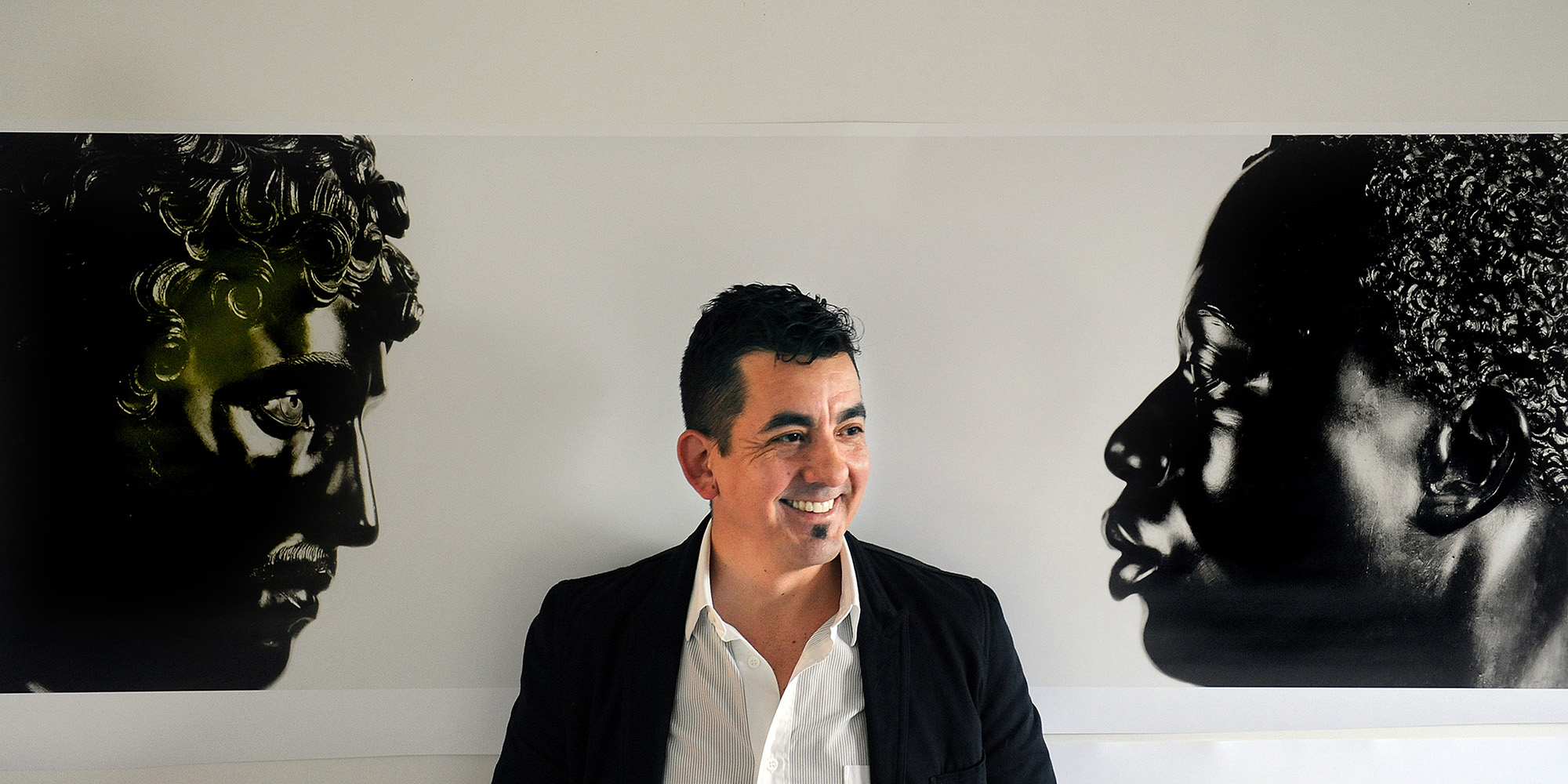 Ken Gonzales-Day, a visual artist with a master’s degree in art history, loves to research. For his latest project, “Profiled,” begun while an artist in residence at the Getty Research Institute in 2008, he was interested in the origin of the modern concept of race and immersed himself in the Enlightenment. He looked to philosophers and writers, to pseudo-sciences such as physiognomy and mesmerism, to ethnological representations and methods of artistic instruction as well as to the history of sculptural portraiture. Using PowerPoint as a digital sketchbook, he assembled long documents as he went along, filled with quotations, diagrams, notes and images from a variety of sources. When he speaks of what he uncovered along the way, it is with the zeal of an enthusiastic professor, which he is, in fact — at Scripps College.

“There were all these crazy systems,” he says, “ranging from [Swiss physiognomist Johann Kaspar] Lavater and [Franz Anton] Mesmer to Descartes and the idea of the body as machine, notions of the eye as a machine, and all these ideas about the body and difference. Voltaire writing ‘Candide,’ using racial others to sort of caricaturize contemporary issues of his day. All of those issues were interesting to me. And within that, I was also looking at the formation of whiteness, because when they begin to construct the colonial other they’re also constructing the white center.”

He photographed portrait busts and other figurative sculptures in the collections of museums around the world — first the Getty, then the Field Museum of Natural History in Chicago, École Nationale Supérieure des Beaux-arts in Paris, several museums in Germany, and the San Diego Museum of Man. Some of the sculptures he photographed in isolation, floating against a solid background. Others he depicted on display in museum galleries. Others he found in storage, lined up on shelves with tags or brusquely corralled into warehouse-like rooms. Some — perhaps the most poignant images — were mere fragments: a pile of disembodied arms, for instance, or a crumbling leg, bound up in wood and foam.

“My hope,” he says of the project, which will be shown for the first time in its entirety at La Cienega Projects in March, “is that it would open up the possibility of thinking about what signifies race, what signifies difference, what signifies whiteness. In many of these sculptures we presume that they have a race, right? When they’re just marble or terracotta or clay. The relationship between resemblance and reality can be deceptive.”