Hunter Drohojowska-Philp checks out PST:LALA shows at the Skirball Center 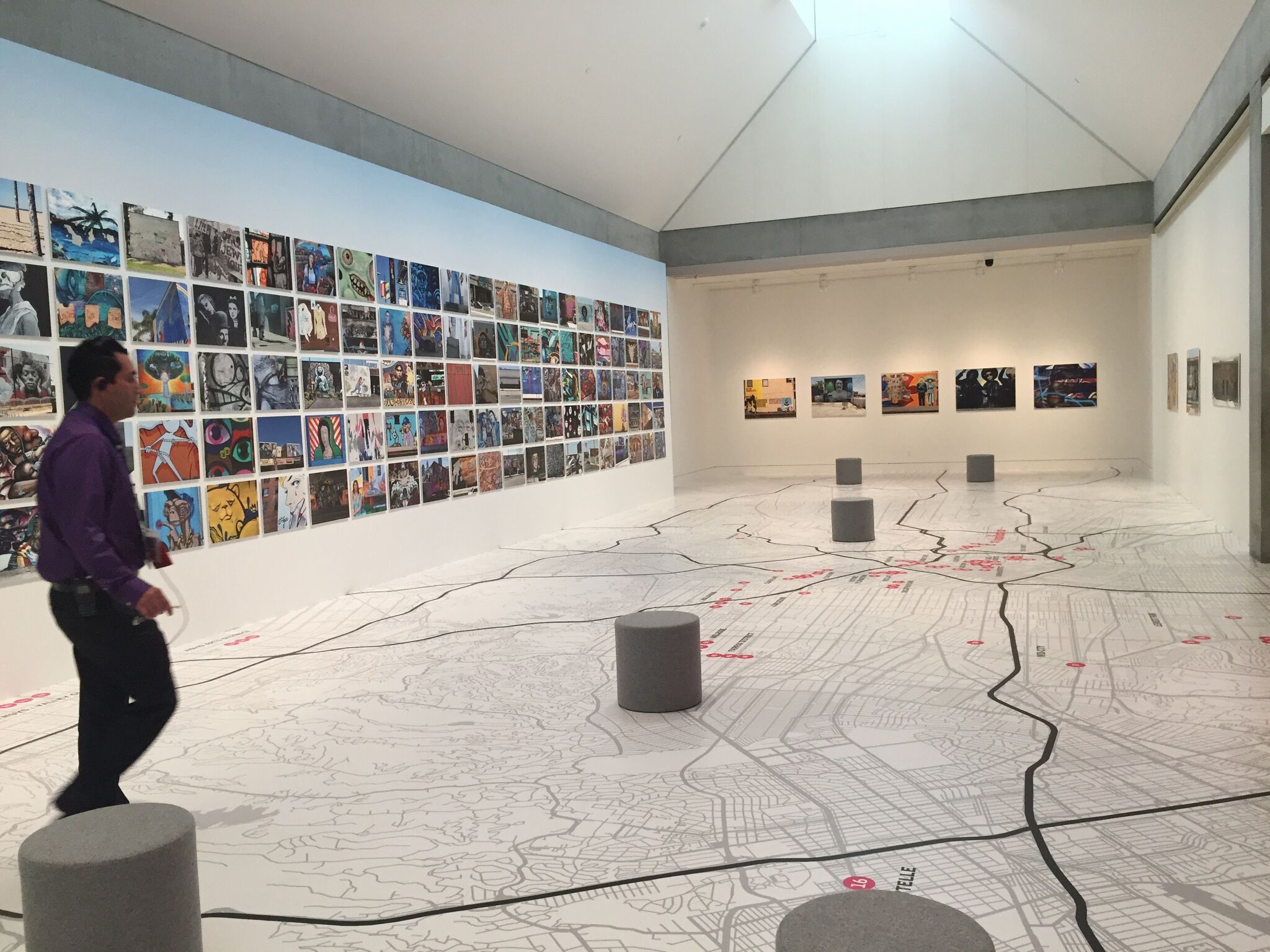 Ken Gonzales-Day documents. Even an exhibition of his own photographs, Surface Tension, consists of photographs taken by him of an overlooked art by others: murals.

At the Skirball Center, each of his color photographs, aligned in rows like the bricks of a wall, is a rectangular fragment of a mural or other form of public painting. The floor of the gallery is covered in a schematic map of the greater L.A. area in gray where small red numbers correspond to each mural.

In this exhibition, Gonzales-Day’s art is an index to other art—how to find, and more important, identify what is usually anonymous. On your way to Art + Practice in Leimert Park, you might have noticed the stylized black woman with an Afro painted on the side of a building on Crenshaw but never realized it was “The Elixir” by Patrick Henry Johnson. (A work that had to be repainted.) You may have driven past “John Muir Woods” running along Ocean Park, south of Lincoln, in Santa Monica. It was painted by Jane Golden. Or, while stopped at the light on Wilton and Santa Monica in Hollywood, you saw the ode to “Actors and Singers” with a rather eclectic selection that includes both Arnold Schwarzenegger and Ringo Starr and painted by Hector Ponce. Brochures at the Skirball gallery include not only the usual expository text but literally operate as a map to the stars of mural painting. Gonzales-Day did not limit his exploration to murals but included curious signage and funk graffiti sprayed on palm trees. His service here is to the unsung heros of vernacular art, artists trained or not who felt compelled to make great big marks, meaningful images, where they can be seen by anyone, anytime…

To listen to, or read, the full story  KCRW