Giving attention to those history has erased 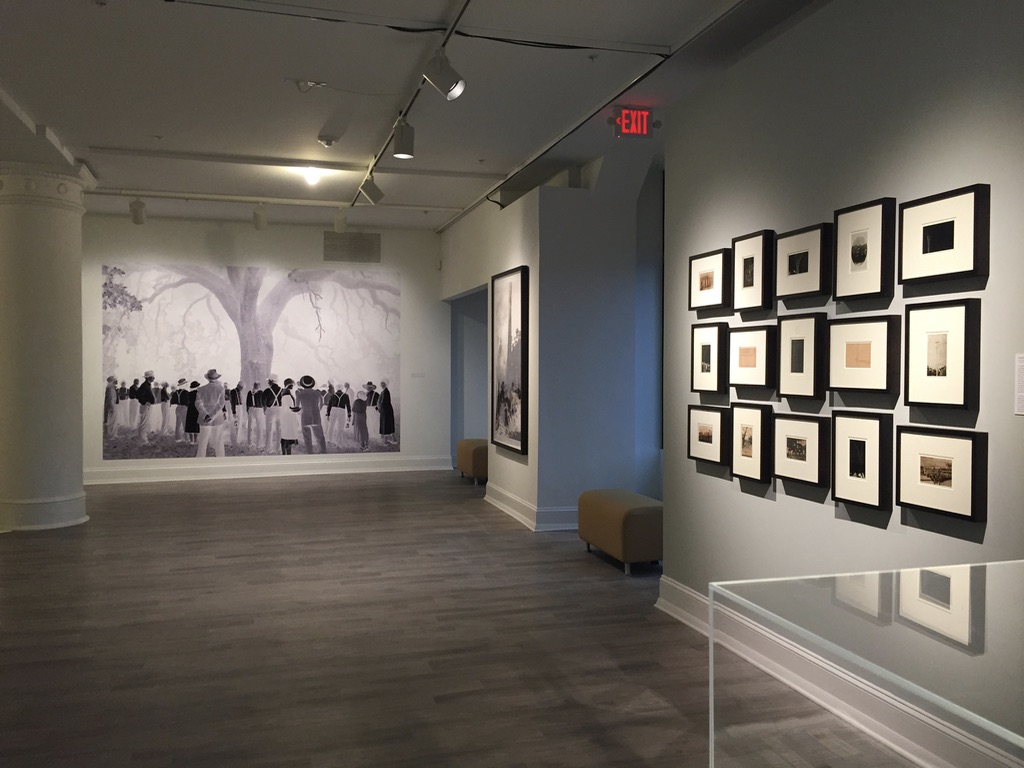 Photographer, Ken Gonzales-Day uses sites of lynching in California as a subject

“I choose to be an artist. There was something for me about creating objects and putting them out into the world where people could experience movement and to see that change in the world,” said Ken Gonzales-Day, visiting artist and creator of the Shadowlands exhibition in DePauw University’s Peeler Art Center Gallery.

Gonzales-Day gave the lecture entitled “Absence, Displacement, and Naming … and how they changed the way I think about art,” where he spoke broadly about his artwork as a form of retelling often untold or missing narratives, Tuesday evening.

Professor of Photography Cynthia O’Dell introduced him, saying that much of DePauw’s faculty has been “very much awaiting his arrival.” And the numbers of students in Peeler’s completely full auditorium spoke to that very much. Several students had to sit on the floor and stand in the back just to attend the lecture.

Gonzales-Day’s lecture focused on three main themes: absence, displacement, and naming. He wants people to think about missing histories, the ideas of othering, and the use of language when looking at his work.

Much of Gonzales-Day’s work is the result of primary source research in the form of newspapers throughout the California area to document the cases of lynchings of latinx people. Often Gonzales-Day found that the research that existed in novels was incorrect. “All the books were wrong because no one cares about latinas,” he said.

He found that there were over 354 cases of lynching in California of all races. Additionally, he spent nine years working on the “Erased Lynching” series, including primary research and traveling to over 354 sites which became his “Searching for California Hang Trees.”

“I went to over 354 sites of lynching of all races and tried to spend some time there. I tried to take some pictures there. It was an attempt to understand a history that no one else had cared about or cares about, and so I’m the only person on the planet who has done that or who has appeared to have done that,” Gonzales-Day said. “I felt that it was important to do as an artist because me going there was something that happened. It was a real event that happened, I did it, and no one can undo that.”

He focused on latinx lynchings because, during the time period when the lynching was occurring and being documented, many latinxs were classified as white and so their suffering was erased in a historical context.

With the current and past political climates, Gonzales-Day wanted to create artwork that would speak to the origins of racial hatred, as well as the way it is perpetuated throughout society. “There is a relationship between what we do and what we say and what happens to people,”  Gonzales-Day said. “I wanted to create a project about the long history of about relationship that North America has with South America.”

Students felt touched by his work and his lecture. “Gonzales-Day’s lecture was inspiring to many students. I think for me it was interesting because of my background: I’m Mexican-American, and many times it doesn’t seem like we talk about Mexican people lynching or Hispanic people lynching,” said first-year Daniela Chaparro, “It was inspiring, especially as a Mexican.”

Professors from all disciplines were also enthusiastic about hearing what Gonzales-Day had to say about his artwork. “Gonzales-Day’s work is a vital part of a long tradition of resistance to racial violence and white supremacy by artists of color in the United States,” said Karin Wimbley, professor of English.

Gonzales-Day also emphasized the importance that all people have in adding to visual dialogues throughout the country and the world. He spoke about how everyone now has a camera and can develop images, and said that one should “think about image making as you would think about spoken word: thoughtfully.”

He closed his lecture on a similar note, with a call to action. “Finding your passion is something you should be doing now,” Gonzales-Day said. “Use the time you have because there is so much that needs to be done, and I don’t know who is going to do it.”

Gonzales-Day’s exhibition ‘Shadowlands,’ which has his works from the ‘Erased Lynching,’ ‘Searching for California Hang Trees,’ and ‘Run Up’ series is in Peeler from Nov. 14 until Dec. 1.