“We the People of the United States, in Order to form a more perfect Union, establish Justice…” 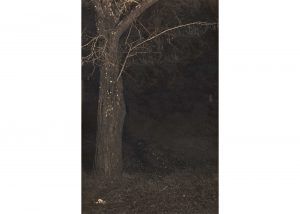 Implicit in the act of Establishing Justice is the idea that Justice is a continuum. Pictures occupy an important space within the realm of justice, documenting and presenting a visual narrative of its continuous establishment. Establishing Justice examines the criminal justice system by exploring jails, courtrooms, and police departments and the defendants and prisoners who populate these spaces. These images consider the duality between societal detachment from judicial structures and candid vignettes of its harsh realities, while also questioning the assumption of guilt by racial stereotype.

The works in Establishing Justice consider how representational justice manifests itself within the spaces justice is enacted. Viewers must ask themselves “Who structures the visual narrative of justice? How does criminal justice shape how we are perceived socially and personally? Who has the ability to access and interpret the environments where criminal justice is manifest? How does this visual storytelling impact racial representations?” And most importantly, “Who has the privilege to authenticate representation?”

Establishing Justice also highlights where social and criminal justice collide, where citizens and government hold differing perceptions of what is just. In presenting these discordant points, and the explicit and implicit manifestations of the judicial system, this exhibition prompts a deeper consideration of the nuances and dimensionality of the system itself. Establishing Justice allows us to engage in a thoughtful analysis of the effectiveness, fairness, and civility of the justice system and to consider our role in how justice is defined and executed.

“Establishing Justice” is curated by D’Maia Curry  (PO ’19) under the mentorship of Jill Moniz PhD, Academic Curator, Pomona College Museum of Art. It is the fourth in a series of exhibitions developed by student curators under the Benton Summer Undergraduate Research Program (SURP) at the Pomona College Museum of Art. The exhibition will be accompanied by an illustrated brochure.