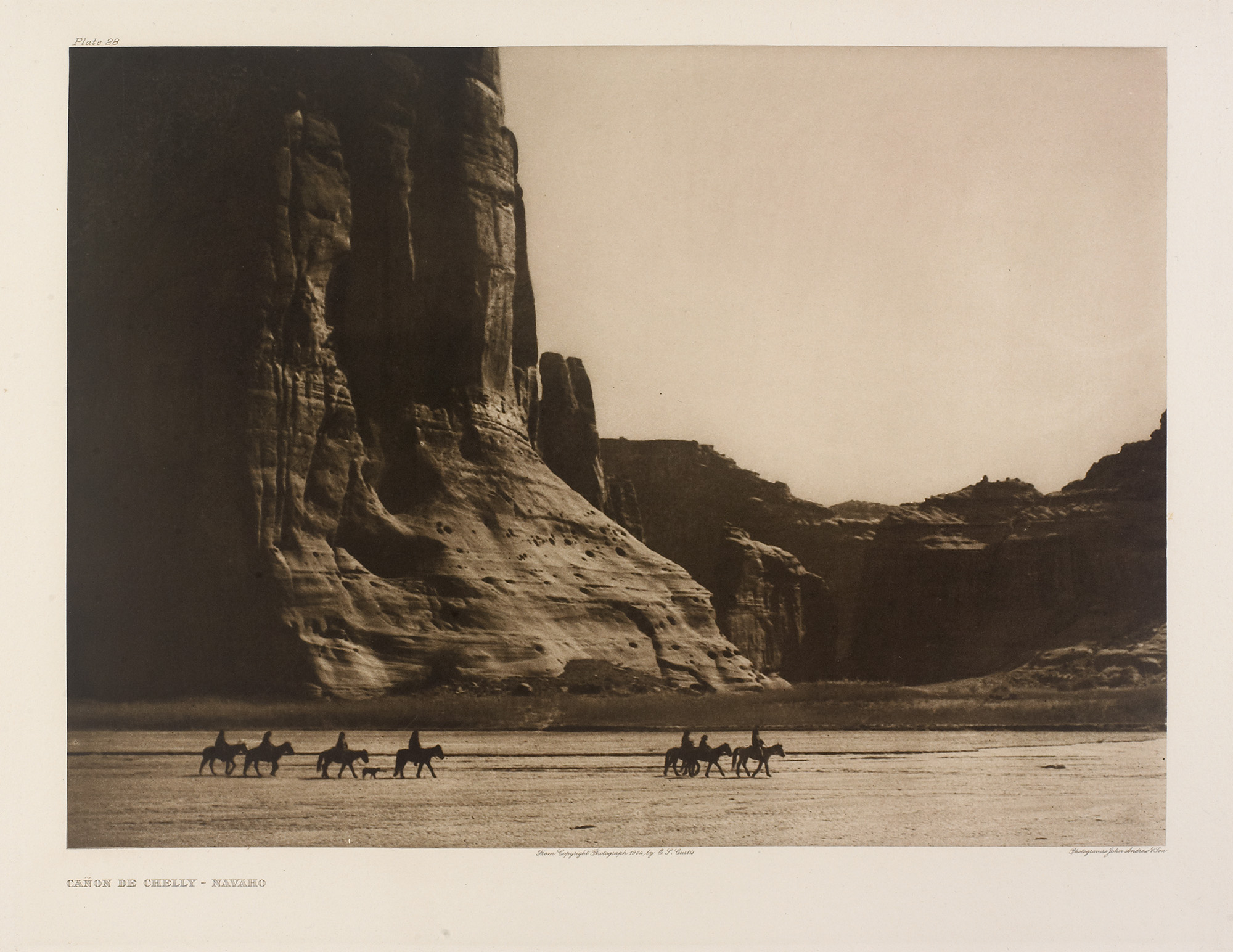 Edward S. Curtis (1868-1952) was born near Whitewater, Wisconsin. The family later moved to Minnesota where, due to poor health, his father, Jonathan Curtis, had to leave farming and became an evangelical preacher. In 1887, Edward moved with his father to the Washington territory and it will be several months before they can send for the rest of the family. His mother, Ellen, two sisters Eva and Ellen, and younger brother arrived in 1888. In an unfortunate turn of events, Jonathan, already ill, died only three days after their arrival.

Forced to take care of the family at an early age, Curtis dropped out of school by age twelve and had no formal training in art, photography or anthropology. He bought and built his first camera, using a lens his father had brought back from the Civil War. In Washington, his interest in photography had only increased and he purchased his first 14 x 17 inch view camera; he then mortgaged the family homestead to buy a $150 dollar share in a photographic studio with a Mr. Rasmus Roti in Seattle in 1891. A year after that, he married his sweetheart, Clara Philips and went in on a new portrait studio with a Mr. Thomas Guptill. The studio did well and they received critical recognition for their photographic work. In 1895, his younger brother, Asahel Curtis started working in the studio. Edward and Clara had their first son in 1893, then a second child, followed by a third two years later, and a fourth in 1909. Clara, and indeed many of his family members helped out in the studio at various times, eventually his daughter, Beth takes the helm as Edward becomes more involved in working on The North American Indian and spends increasing amounts of time away from home…