↓ Skip to Main Content
Home › Bibliography › Art is the Message of these Billboards.

Art is the Message of these Billboards. 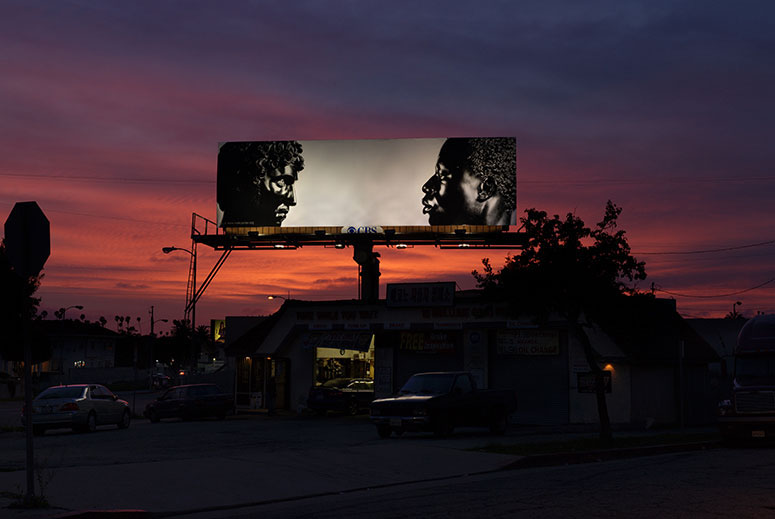 A grid of blue diagonals, the profiles of two men confronting each other, a series of colorful vertical stripes with an embedded phrase — these will be some of the enigmatic images flashing through our peripheral vision while driving in L.A. over the next six weeks.

They are three of the 21 visual artists’ billboards that have been going up in some of the most trafficked corridors of Los Angeles, part of a long percolating idea of Kimberli Meyer, director of the MAK Center for Art and Architecture at the Schindler House.

Meyer arrived in Los Angeles from Chicago in 1993 to study for a master’s in fine art at California Institute of the Arts.

“Like many people who find themselves in Los Angeles, I was spending a lot of time in traffic staring at the billboards,” she says. “I was amazed at how many there are in the landscape, how strong a feature they are. So I thought it would be great to give visual artists the chance to occupy that space, at least now and then.”