An artist’s take on American carnage 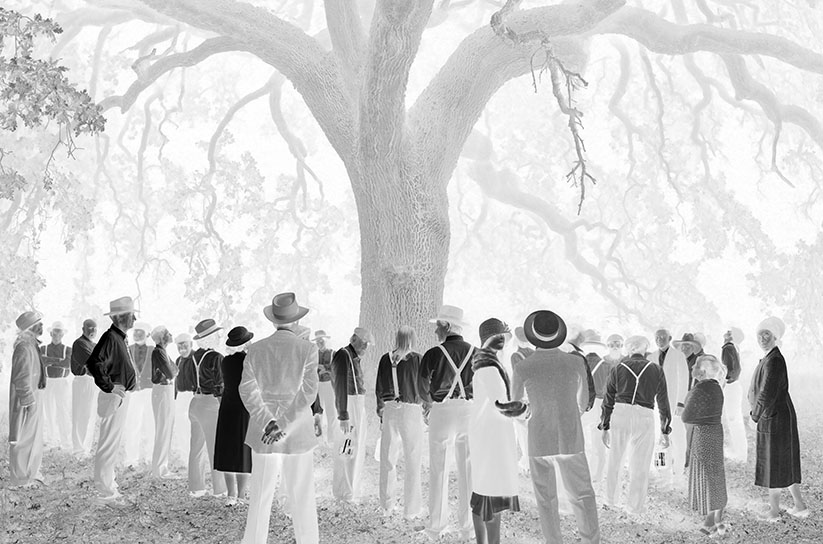 An artist’s take on American carnage

“From the lynching of Charles Valento (aka “Spanish Charlie”) in 1920 to the police shooting of Michael Brown in 2014, Los Angeles-based photographer Ken Gonzales-Day brings America’s violent racial past into the present in a visceral show at the Minnesota Museum of American Art in St. Paul.

“Shadowlands,” on display through April 16, amounts to a smart critical analysis of race in America. One series in the show, “Erased Lynching,” presents images that Gonzales-Day created from vintage postcards of lynchings in the 19th and early 20th centuries — but the victim has been removed, in order to show only the crowd.

“Standing in front of the work, you begin to see the social conditions,” the artist said in a recent interview. “You can see the mob, the people, the smiles, the grimaces. … That’s what I’m putting on view.”

Gonzales-Day is also hoping to remedy a larger erasure through his work: “Part of my project is to inform people about how Latinos have been erased” from the history of lynching, which claimed not just black Americans but other people of color as victims.”